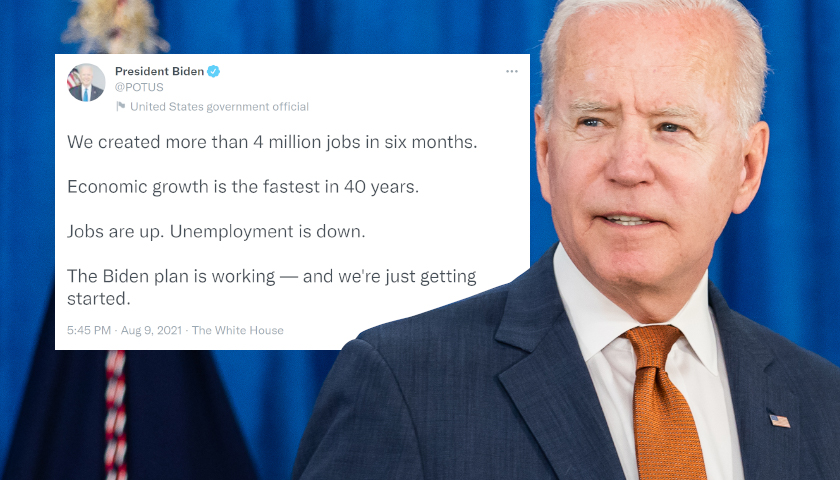 President Joe Biden repeatedly mischaracterized the job growth that has occurred since he took office, saying it is a product of his administration’s economic agenda, multiple media fact checkers have reported.

While the Biden administration has overseen the economic recovery during a period of large gains in the labor market, the White House hasn’t acknowledged that states reopening and ending pandemic-related business restrictions is likely the main catalyst for such growth. The president has also credited without evidence the $1.9 trillion American Rescue Plan, which he signed into law in March, for driving job growth.