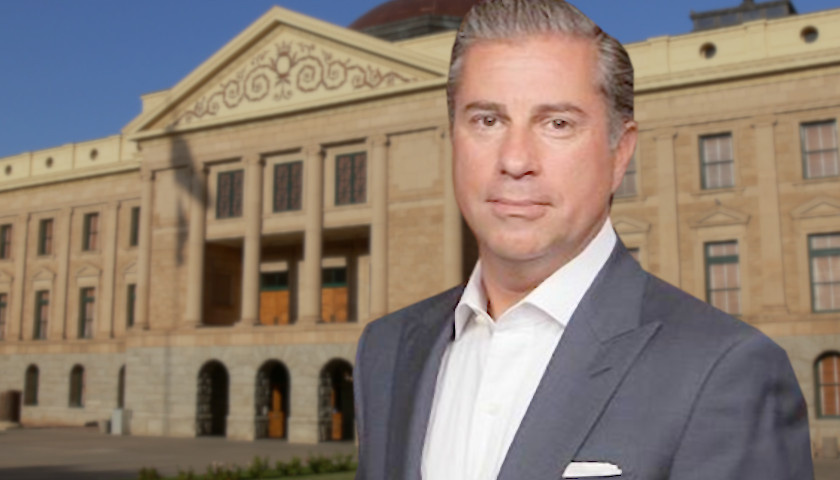 A TV ad from an organization attacking Trump-endorsed Arizona gubernatorial candidate Kari Lake has been running on TV and radio. The spot criticizes her for a $350 donation she made to Barack Obama in 2008, well before she entered politics in 2021.

One of the men listed as leadership behind the little-known group, Freedom’s Future Fund (FFF), is Jason Roe (pictured above), who was forced to resign as executive director of the Michigan Republican Party last year for declaring that there was no election fraud in the 2020 election and that Trump’s loss was his own fault.