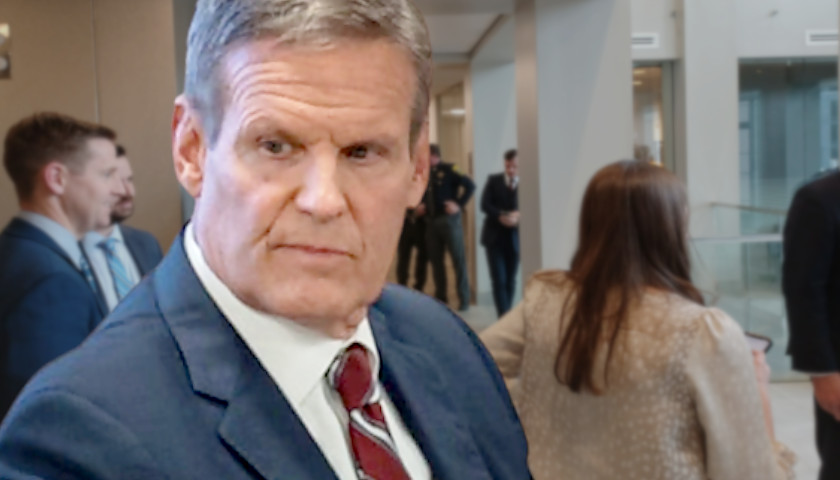 NASHVILLE, Tennessee- Governor Bill Lee could not explain why he believes Morgan Ortagus should be on the Tennessee 5th Congressional District Republican primary ballot when his Republican primary opponents’ were reportedly about to be disqualified from the ballot during a joint press conference held with U.S. Senator Bill Hagerty (R-TN)after a law enforcement roundtable on border security Wednesday afternoon.
Hagerty and Lee briefly opened with statements on border security and the roundtable discussion that was held before they took questions. Lee was asked several questions about pending legislation before the Tennessee General Assembly before he was asked about Ortagus’ disqualification from the Republican primary.