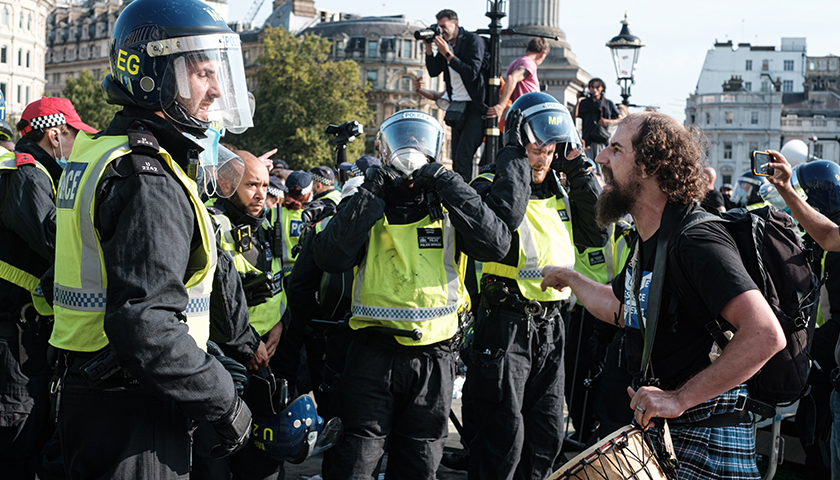 More violent riots have broken out in a city in Minnesota just outside Minneapolis, following a police-involved shooting of a driver during a traffic stop, according to ABC News.

Although the full details of the incident have not yet been revealed, police pulled a car over in the early afternoon on Sunday after a traffic violation in Brooklyn Center, Minnesota. Shortly after pulling the car over, it was determined that the driver had an outstanding warrant for his arrest.

According to Police Chief Tim Gannon’s official statement, “at one point, as officers were attempting to take the driver into custody, the driver re-entered the vehicle. One officer discharged their firearm, striking the driver.” The car then sped off for several blocks before crashing into another car. Officers and emergency personnel at the scene then “attempted life-saving measures…but the person died at the scene.”