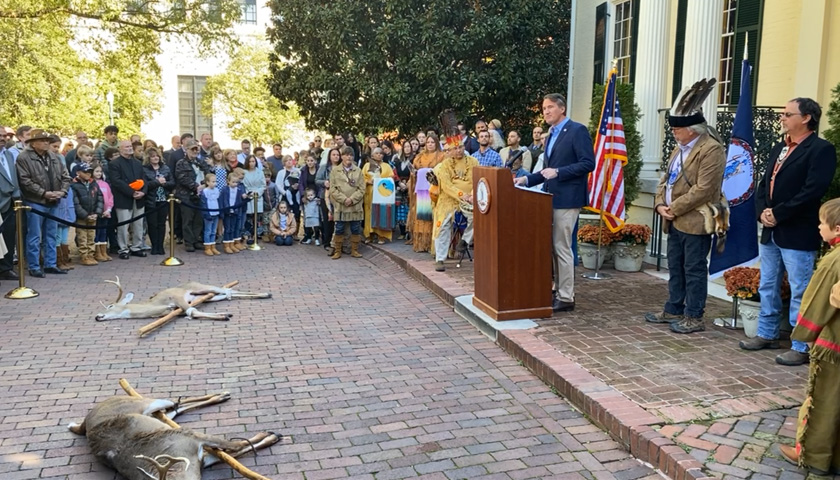 Representatives of the Pamunkey and Mattaponi tribes presented Governor Glenn Youngkin with a tribute of deer and tribal gifts, the 345th time tribes have presented tribute to the Virginia governor since the 1677 signing of the Articles of Peace, later known as the Treaty of Middle Plantation.

“At this time we’re here honoring our treaty obligations that I am so proud that the Pamunkey and the Mattaponi have been able to continue for over three centuries doing this. It’s a great honor,” Pamunkey Chief Robert Gray said in the Wednesday ceremony. “And we also thank the Commonwealth of Virginia for what they’ve done for us over the years.”