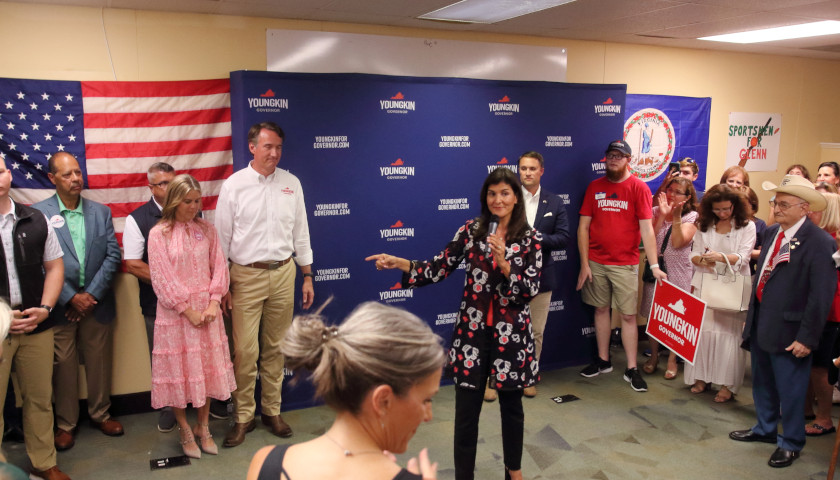 Former U.S. Ambassador to the United Nations Nikki Haley spoke in a Glenn Youngkin rally Tuesday. Over a hundred supporters and volunteers packed into a too-small, overheated room at Youngkin’s Richmond base. Haley, who also served as South Carolina governor, explained why she was supporting Youngkin.

She said she spoke with Youngkin before he decided to run.

Haley said, “He told me, ‘Well you know I’ve never held a political position before.’ And I said, ‘That’s what’s going to make you good.'”