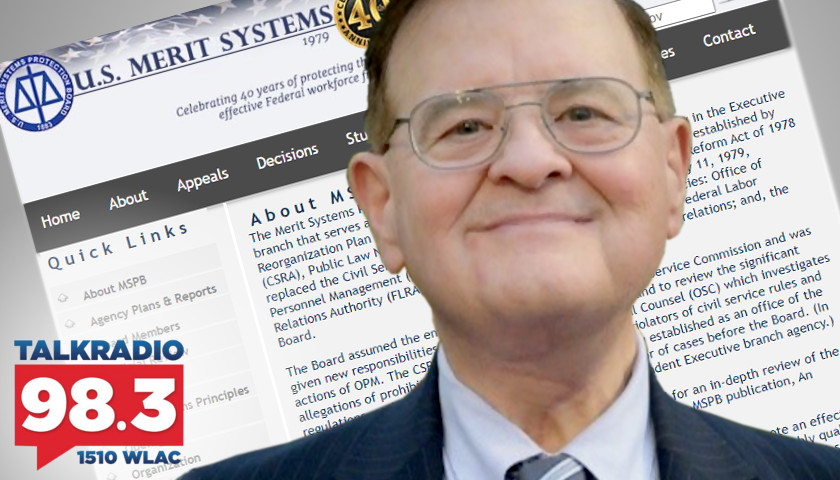 During the second hour, Carmichael discussed a little known body called the Merit Systems Protection Board, which is comprised of three members nominated by the President of the United States to protect from political and partisan personnel practices. He described the board as a bureaucracy that is set up and spends tens of millions of dollars a year while striving for unattainable perfection.