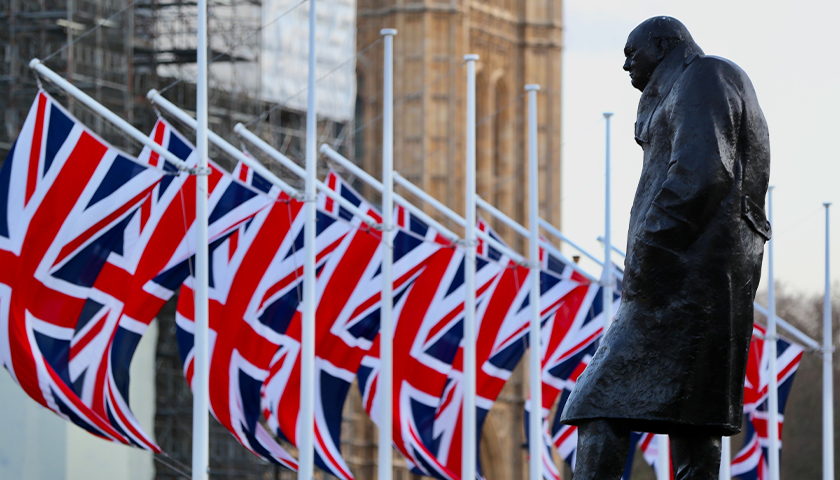 Almost exactly 76 years ago, on March 5, 1946, Winston Churchill, the former prime minister of Great Britain, delivered one of the most important speeches of the century. Surveying the increasing despotic rule by the Soviet Russians over Central and Eastern Europe in the wake of World War Two, Churchill declared, “From Stettin in the Baltic to Trieste in the Adriatic, an iron curtain has descended across the Continent.”

That phrase, “iron curtain,” stuck, helping to define the Cold War for the next five decades. In such a chilled environment, significant trade and normal exchange of any kind between the Free World and the Communist Bloc was unthinkable.

So now today, we can see that an iron curtain is once again descending; only time will tell if brave Ukraine will be held, once again, as a captive nation on the wrong side of this terrible barrier.