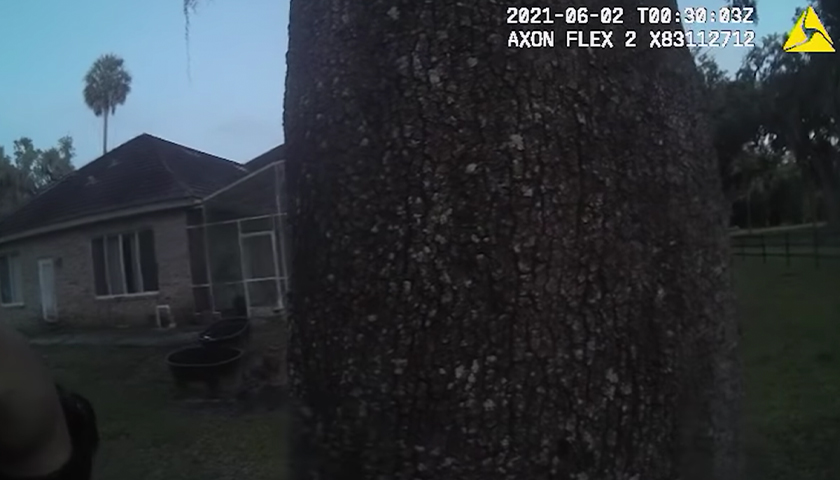 Nicole Jackson, 14, aimed a shotgun at officers and was shot and wounded while Travis O’Brien, 12, carried an AK-47 and eventually surrendered to officials, the Volusia County Sheriff’s Department announced Wednesday. The children ran away from the Florida United Methodist Children’s Home before breaking into an empty house where the homeowners told officials they had multiple firearms and a large amount of ammunition.

“Female has a shotgun in her hand, standby,” one officer said, video released Thursday shows. “Put the gun down now!” an officer told Jackson, “they’re shooting at me.”