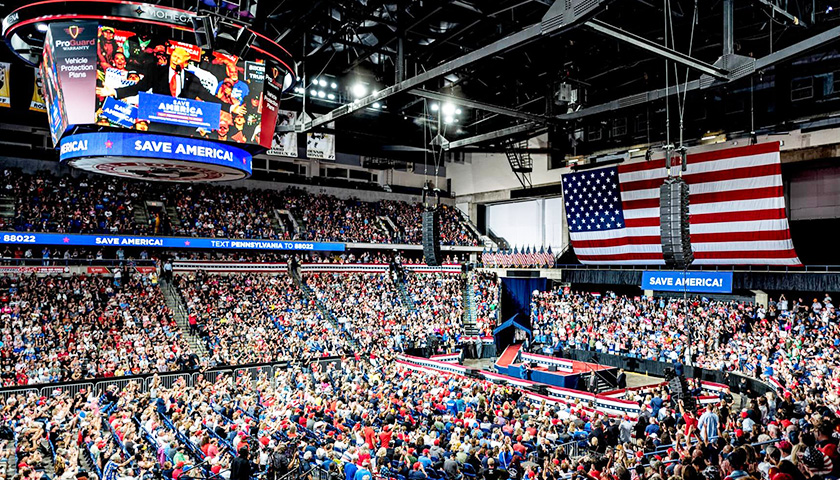 President Donald Trump delivered blistering broadsides against Democratic politicians in Pennsylvania on Saturday night, urging voters to cast their ballots for Republicans in November as he declared that, under the Joe Biden administration, “our country is going to hell.”

The president appeared in Wilkes-Barre, Pa., to stump for Republican gubernatorial candidate Doug Mastriano and Senate candidate Mehmet Oz, both of whom he has endorsed.