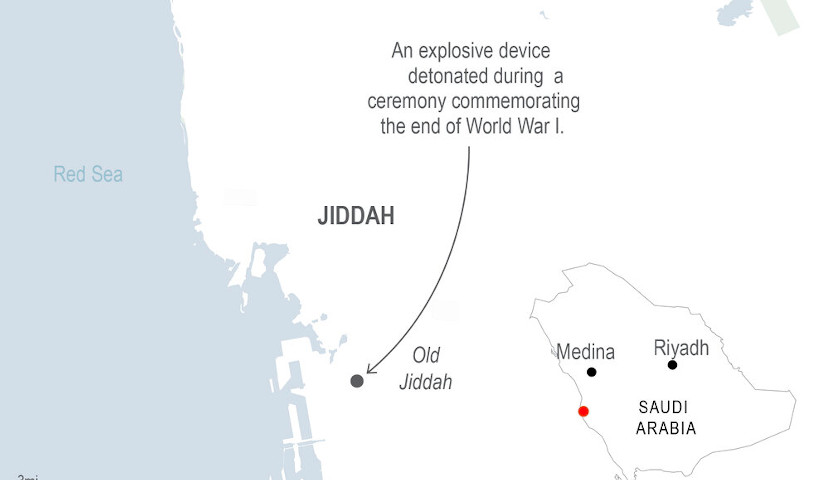 An explosion at a Saudi cemetery where American and European officials were commemorating the end of World War I wounded three people Wednesday, according to official statements.

The attack in the city of Jiddah follows on the heels of a stabbing last month that lightly wounded a guard at the French Consulate in the same city. It’s not clear what motivated the stabbing or Wednesday’s blast, but France has been the target of three attacks in recent weeks that authorities have attributed to Muslim extremists.