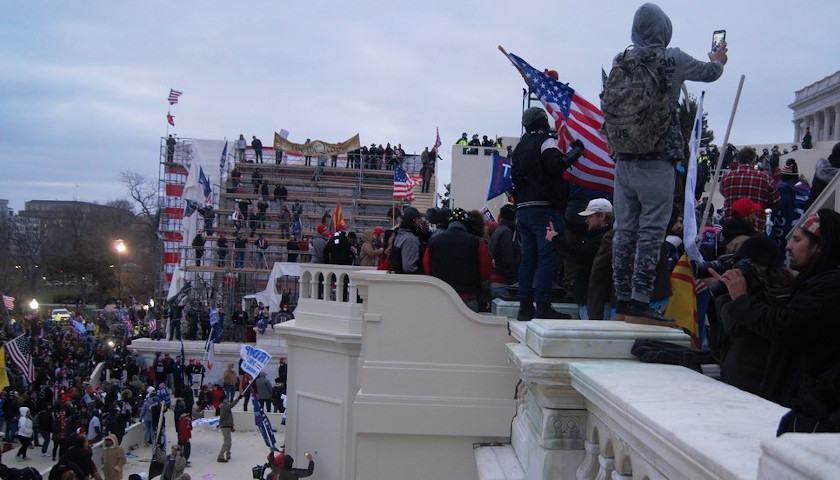 Nearly 300 Americans face a slew of charges related to the melee on Capitol Hill last January. As I’ve reported over the past few months, offenses range from assaulting a police officer to destroying government property to trespassing.

More than 70 protestors stand accused of “aiding and abetting” various crimes; even people who didn’t vandalize the Capitol or even enter the building have been charged with helping others do damage and interrupt Congress’ certification of the Electoral College results.

Nonviolent offenders languish behind bars for months, denied bail, and transported to Washington, D.C. to await delayed trials. Federal prosecutors suggest President Trump could be indicted for fueling the chaos that day. Democratic congressmen want their Republican colleagues held accountable for their alleged role, too.