For state Rep. Jay Reedy, the issue of teachers losing respect in today’s culture is one that hits close to home.

“Today’s school setting hears the complaints from students and parents and discounts the teacher,” Reedy told The Tennessee Star. 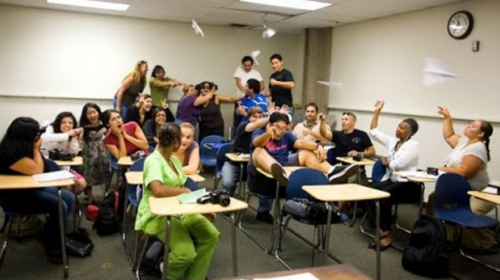 The lack of respect from students and school officials are driving both new and experienced educators from the classroom, said Reedy, whose three children attend public schools.

Reedy (R-Erin) along with Sen. Mark Green (R-Clarksville) is sponsoring a bill advancing in the state legislature known as the Teacher Bill of Rights. The bill on Tuesday cleared the House Finance, Ways and Means Committee.

The proposed legislation calls for teachers to be treated with civility and have their professional judgment respected. It also provides backing in case they’re pressured to spend their own money on classroom supplies and it says they should have a say in the materials used in their classrooms. The bill also says teachers have a right to defend themselves if threatened with violence, a growing problem in some classrooms, especially in urban districts where students have become more aggressive in acting out.

The bill was amended to take out a provision calling for teachers to be evaluated only by those with the same subject matter expertise. Also removed was a provision prohibiting a teacher from being moved to another school based solely on test scores from state assessments. Both were deemed too unwieldy and unworkable to be implemented across the state.

Reedy said he sees the bill as a stepping stone to more legislation in the future to address the difficult circumstances teachers find themselves in today.

“We need to do a better job, not just with paying our teachers, but with letting them know they have the support of the community and the state,” he said. “This will help to develop a strong foundation for the rights of educators in our state.”

Reedy said he hopes the bill will lead to conversations across Tennessee about how to better show respect for teachers.