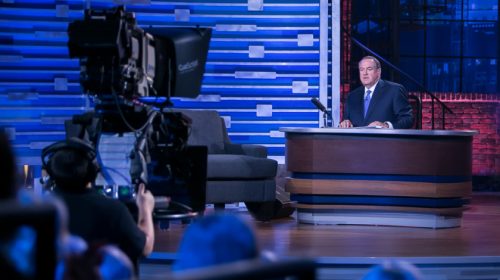 And what a show it was.

The debut kicked off with Huckabee speaking with President Trump in the White House in a pre-recorded interview. By the end of the show, he was jamming on bass guitar with in-studio guest Chuck Negron of Three Dog Night.

In pre-show remarks to the crowd, the former Republican governor of Arkansas and two-time presidential candidate said he has been wanting to do a show in America’s heartland. He previously had a show on Fox News and like his old show, his new one is simply called “Huckabee.”

Huckabee, who lives in Florida’s Panhandle, will travel regularly to Music City for his new gig here. 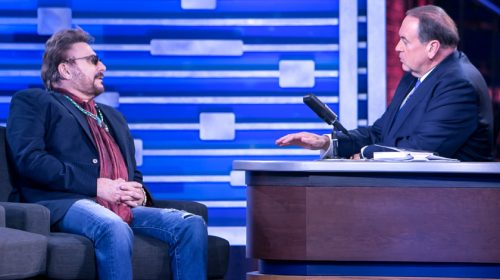 He introduced several notable guests in the crowd, including his wife of 43 years, Janet, as well as U.S. Rep. David Kustoff (R-TN-8) and Republican gubernatorial candidate Randy Boyd.

“I’m excited and honored to be here to witness his first show,” Boyd told The Tennessee Star. “It’s great that he’s doing it here in Tennessee and helping stimulate our economy.”

Amanda Brown was also excited to be in the crowd, though she was there primarily to see the show’s band, Tre’ Corley and The Music City Connection. Her husband, Jeremy Brown, is the drummer. But the stay-at-home mom and church nursery director is also a Huckabee fan. “He’s very entertaining,” she told The Star. “He’s very quick witted.”

Huckabee was the main draw for Hendersonville resident Jay Jackson. “I’ve been a fan of his for a long time,” he said. Describing his own politics, Jackson said, “I’m as conservative as you can get.” 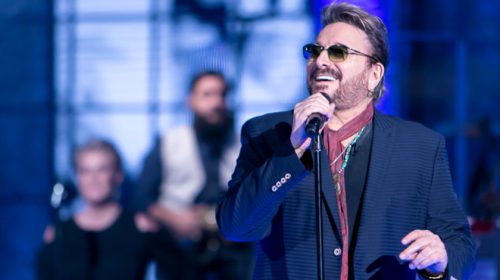 Though openly conservative, Huckabee wants to make his show appealing to as broad an audience as possible with his Americana tastes and desire to touch not only on politics, but also warm human interest stories that uplift and inspire.

Other guests on the show taped Friday included libertarian economist John Goodman, who appeared in studio and spoke on tax reform, and Joel Osteen, who appeared via satellite and talked about opening his Houston megachurch to a Jewish congregation whose synagogue was flooded by Hurricane Harvey.

Negron, of Three Dog Night, was probably the biggest crowd-pleaser. He performed “One (is the Loneliest Number)” and then took a seat by Huckabee’s desk to chat about his career and his battle with drug addiction. He said he only came out of it through prayer and a counseling program that didn’t treat him any differently because he was a celebrity. He closed out the show, Huckabee at his side, with a performance of “Joy to the World,” which opens with the famous line, “Jeremiah was a bullfrog…”

Linda Mintle, whose husband, Norm, is co-executive producer of the show, told The Star that the crew has really enjoyed working with Huckabee in putting the show together. He’s as warm and friendly off the set as he is before the cameras, she said. 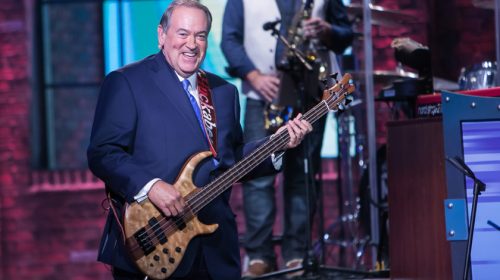 “Huckabee” will air on Saturdays, starting today, at 7 p.m. Central Time on TBN, with a repeat broadcast Sundays at the same time.

For information on being part of the studio audience on Fridays, click here.