ANTIOCH — At the once-thriving Hickory Hollow Mall in Antioch, Darnell Ford, by his own admission, shoplifted, and he also passed along stolen checks and credit cards. 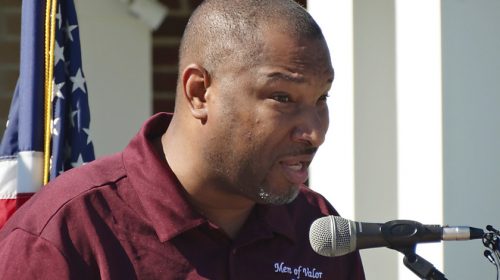 When Ford wasn’t at the mall he was out and about dealing drugs at Antioch’s surrounding businesses and restaurants, he said.

On Tuesday, Ford, a redeemed man, stood in front of a crowd of about 200 people, including Tennessee Republican gubernatorial candidate Bill Lee, and said he was “truly ashamed.”

The thing that forever altered him — the Men of Valor program.

The folks behind Men of Valor unveiled two new housing duplexes this week for 60 released prisoners now committed to Christ.

“God taught me how to work on my heart and how to love. It also gave me the structure I needed to live. I learned what it meant to be a giver instead of a taker,” Ford said of the influence Men of Valor had on him and the work responsibilities that came with it.

“The first couple of months of working I ran across a lot of old friends that I sold and used drugs with. But I had the chance to help them too. They got a chance to see there’s a new creation in Christ. There are now over a handful of friends who have committed themselves to the Lord and are now productive members of society.” 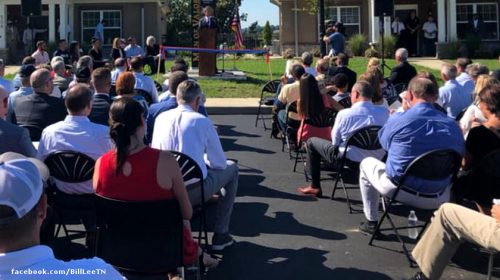 Curt Campbell, Men of Valor’s director, told The Tennessee Star the program originated in 1997. In 2006 organizers envisioned a campus where men in the group could live their first year together out of prison.

“This is a place where there is structure, accountability, support, and everything a guy needs for a successful re-entry,” Campbell said.

“If guys can live in community together while they are in transition and get the support they need then their chances for success skyrocket. We have seen it happen on a smaller scale for the first 15 plus years (of Men of Valor), and we believe this will be a game changer for our ministry and our men.”

The program receives money from grants, churches, and mostly individuals. Resources provided include addiction recovery support, employment, housing, healthcare, and learning how to transform themselves into better husbands, fathers, and members of society, Campbell said.

Men of Valor founder Carl Carlson, who spent four years in prison as a younger man, passed away four years ago.

His widow Karen Carlson said her husband was “an unwanted baby and child.” 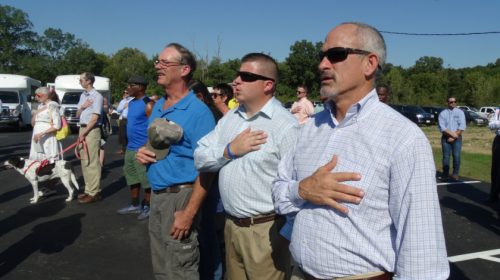 “His brother and sister grew up in an orphanage. They grew up with extended family members. No hope whatsoever. They were considered lowly. Despised by the world. Rejects. Outcasts,” Karen Carlson said.

“But God uses the lowly and despised so that no one can boast in himself but in God alone. They say all men know God in prison. They all meet Jesus in a jail cell. They are being sarcastic. They are being funny. They are being mean. But it is no joke. They do meet God in prison because Jesus is there. He said visit the people in prison — men, women, and children — and you’re visiting me.”

Lee, a Men of Valor board member and mentor, said half the men in Tennessee prisons will get out, but they will eventually go back.

“What is happening here today is a model for how we can change that,” Lee said.

Watch the Men of Valor Ridge ribbon-cutting video recap of the event by 94FM The Fish: