McClatchy news service says it is reviewing two reports published in 2018 that claimed to validate a key part of the infamous Steele dossier after declassified information showed that Russian operatives may have fed disinformation to dossier author Christopher Steele.

“We are taking a close look at this new information and will update or correct our story based on its merits. Until then, we continue to stand by our reporting,” McClatchy said in a statement to The Washington Post’s Erik Wemple.

Greg Gordon and Peter Stone, the two McClatchy reporters behind the stories, were not as quick to concede problems with their reports.

“We will stand by the information that we reported concerning Michael Cohen’s alleged trip to Prague unless clear evidence demonstrates that it is false,” Gordon and Stone told Wemple.

The two journalists reported on April 13, 2018 and Dec. 27, 2018, that the special counsel’s office received evidence that former Trump lawyer Michael Cohen’s cell phone was tracked to the Prague area in Summer 2016.

If true, the stories would have bolstered one of the Steele’s most explosive allegations of collusion between Trump associates and the Kremlin. 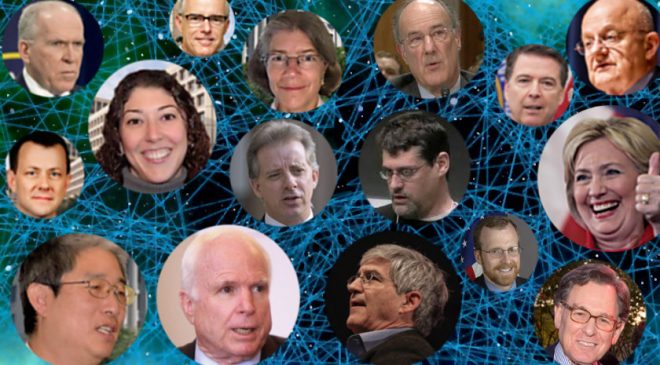 Steele, a former MI6 officer, wrote in his dossier that Cohen visited Prague in August 2016 to meet with Kremlin insiders to discuss paying off Russian hackers.

The McClatchy reports were viewed with some skepticism in journalism circles because of the vague sourcing in the reports, and because other news outlets could not independently verify the bombshell allegation.

But Trump critics and Steele defenders continued citing the stories as evidence of a conspiracy between the Trump campaign and Russian government to influence the 2016 election.

The stories suffered their first heavy blow with the April 18, 2019 release of the special counsel’s report, which stated that Cohen did not visit Prague.

McClatchy only made one slight concession following the release of that report. The company attached editor’s notes saying that the special counsel’s report noted that Cohen did not visit Prague.

But the company said that the special counsel was “silent” on the claim that Cohen’s phone pinged a cell tower near Prague.

The reports suffered a heavier blow on April 10 with the declassification of footnotes from the Justice Department inspector general’s report of the FBI’s probe of the Trump campaign.

One footnote said that the FBI received evidence on Jan. 12, 2017 that the Cohen story was the product of a Russian disinformation campaign. The footnotes also said that the U.S. intelligence community had evidence that two Russian intelligence officers were aware as early as July 2016 that Steele was investigating the Trump campaign.

Chuck Ross is a reporter at Daily Caller News Foundation.