Hagerty said this shortly after he voted early at the Bellevue Branch of the Nashville Public Library. Hagerty stood in line for about 45 minutes to vote. 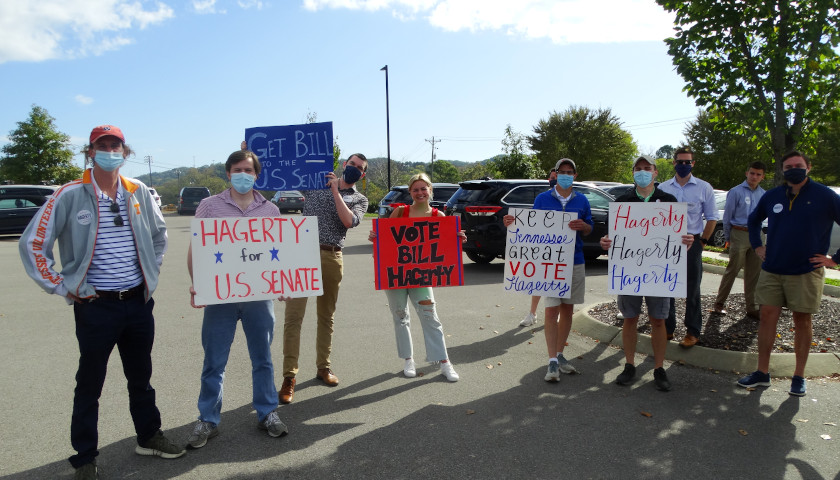 “I don’t think Democrats from 30 and 40 years ago would even recognize the party today.”

Hagerty cited, among other things, what he said was the Democrats’ embrace of the Green New Deal and their calls to defund the police and alter America’s judiciary.

Tennessee voters, Hagerty said, tell him they oppose socialism and fear they might lose the nation they love because of it.

Members of America’s political right have complained recently that officials at social media outlets such as Twitter and Facebook have censored their posts or suspended their accounts. The Tennessee Star asked Hagerty to comment Wednesday.

“I am very disappointed in what has happened. You have Twitter basically violating the First Amendment, preventing an age-old newspaper from publishing its position. I think that was enormously shocking to Americans to see a platform like Twitter that operates under an exclusion to the libel laws potentially make itself an arbiter of truth,” Hagerty said.

“If they want to do that then they need to lose that exclusion. I think we will see what happens over the next couple of days. The Judiciary Committee may very well call them in to talk about this. But this is not appropriate at all. They are trying to silence conservative voices at every turn on this platform.”

As The Star reported in August, Tennessee Republicans elected Hagerty as their nominee to compete in November’s general election.