COLUMBUS, Ohio – Inpatient hospitalizations due to COVID-19 cases dropped again on Tuesday – brining the overall decrease to 30 percent over the past month, according to the state COVID website.  Despite acknowledging the dip during the Tuesday press briefing, Ohio Governor Mike DeWine (R) shied away from calling it a trend. 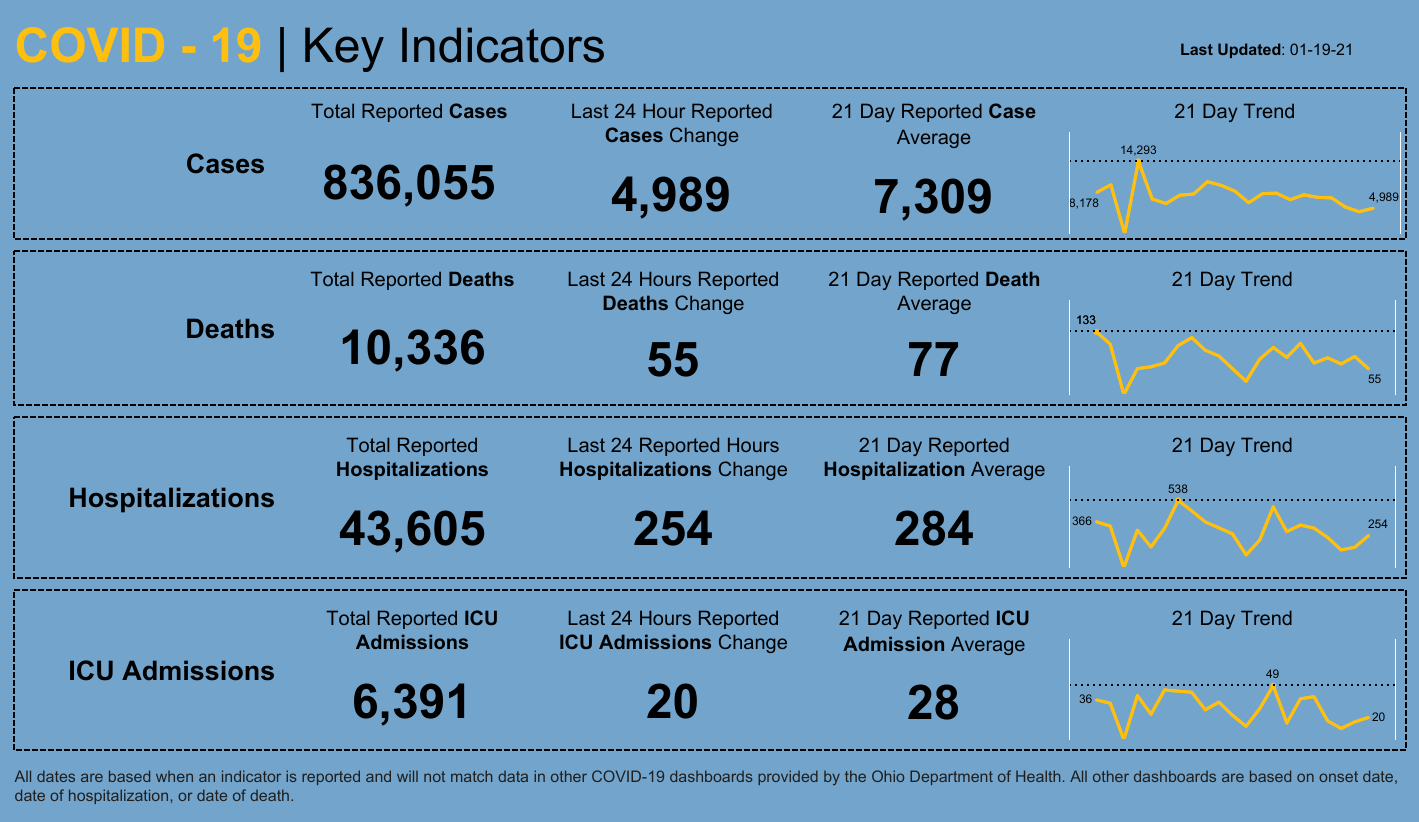 As The Ohio Star reported, hospitalizations and deaths were lower on January 17 versus December 16 – three weeks following Christmas, two since New Year’s celebrations.  DeWine and other state officials warned that the holiday season would inevitably lead to spikes, which have yet to manifest statewide.

December 16 COVID hospital utilization statewide versus numbers reported on Tuesday are as follows:

“DeWine and Ohio Department of Health Chief Medical Officer Dr. Bruce Vanderhoff did not, however, let up on their encouragement of Ohioans to continue to mask, distance, avoid large gatherings, and other hygienic activities.”

Vanderhoff discussed the United Kingdom variant of COVID – the mutation that within two weeks had dominated the positive cases in the U.K. He said mutations are common and disclosed that a genetically different form of COVID was discovered at The Ohio State University (OSU).  The virus found at OSU is not dissimilar to the variation found in the U.K. and around the globe, but the genetic material made it clear that the virus mutated here and wasn’t imported.

Vanderhoff said it is likely the new strand will become the dominant form of the virus shortly and the change in the genetic makeup is on “the business end” of the virus, the protein spike responsible for contagiousness. He said that because the virus still spreads through droplets that masks, distancing and other precautionary measures are still needed.  Also, Vanderhoff speculated that even though the virus is more contagious (not more deadly) the mere fact that it will reach more people means that cases, hospitalizations and deaths will rise.

DeWine latched onto the mutation discussion and claim that more people will get infected, go to the hospital and ultimately die to say that if anyone needed any additional influence to vaccinate, that would be it.