A resident of Chattanooga was arrested in Arizona for numerous criminal charges, including Flight from Pursuing Law Enforcement Officers across three agencies.

Hernandez was driving a 2003 Chevy Tahoe in a “reckless and dangerous” manner, according to a Facebook post by the Cochise County Sheriff’s Office, and culminated with criminal speeds of over 100 miles per hour.

On Friday, December 2nd at approximately 3:00 am, Hernandez was arrested on numerous criminal charges including three counts of Flight from Pursuing Law Enforcement Officers. In total, the incident covered almost forty three miles of highway and city streets, starting outside of Douglas and ending in Sierra Vista, according to the Cochise County Sheriff’s Office Facebook post. 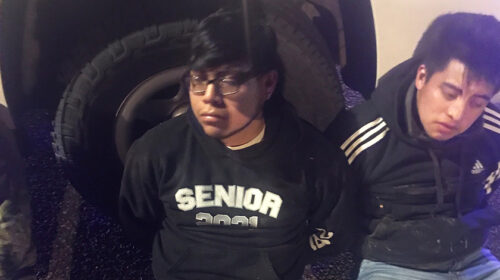 When stopped by law enforcement, Hernandez was found to be transporting six undocumented immigrants.

In addition to the Flight from Pursuing Law Enforcement charges, Hernandez was also charged with Participation In Human Trafficking, Kidnapping (6 Counts), Endangerment, and Criminal Speed.

Hernandez remains in custody at the Cochise County Jail on a $200,000 bond.

As illegal border crossings continue to rise under the Biden administration, so has human and drug smuggling – both federal offenses, according to the U.S. Department of Homeland Security. Human smuggling involves the transportation of an individual who voluntarily seeks to gain illegal entry into a foreign country while drug smuggling involves the transportation of illegal controlled substances from one country into another.

Most illicit drugs available in the U.S. and thousands of illegal immigrants are smuggled into the United States through the southern border, according to the Department of Justice (DOJ).

Both drug and human struggling have evolved into billion dollar industries over the years.

Kaitlin Housler is a reporter at The Tennessee Star and The Star News Network.

One Thought to “Chattanooga Man Arrested in Arizona, Allegedly Caught in the Act of Human Trafficking”