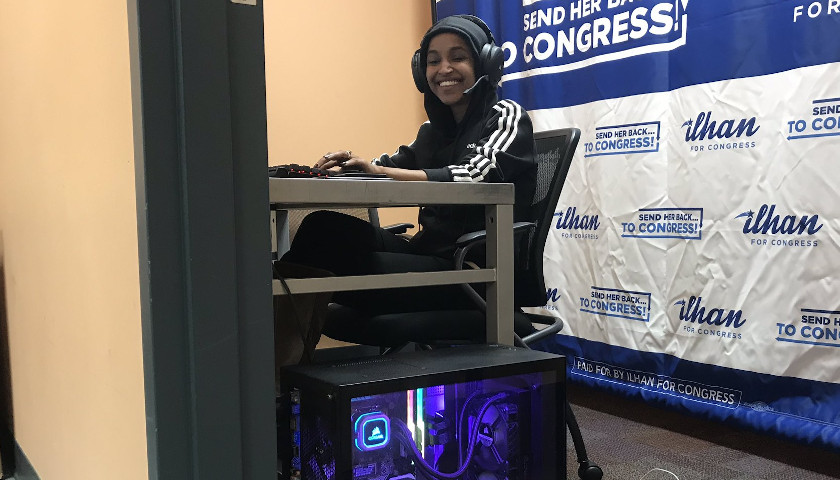 Rep. Ilhan Omar participated in an online event Tuesday night with a vlogger who once said “America deserved 9/11.”

The event was hosted by Rep. Alexandria Ocasio-Cortez and streamed live on Twitch, where the congresswomen played the video game “Among Us” with several other popular gamers. The event was intended to motivate young voters to get to the polls and was viewed more than five million times.