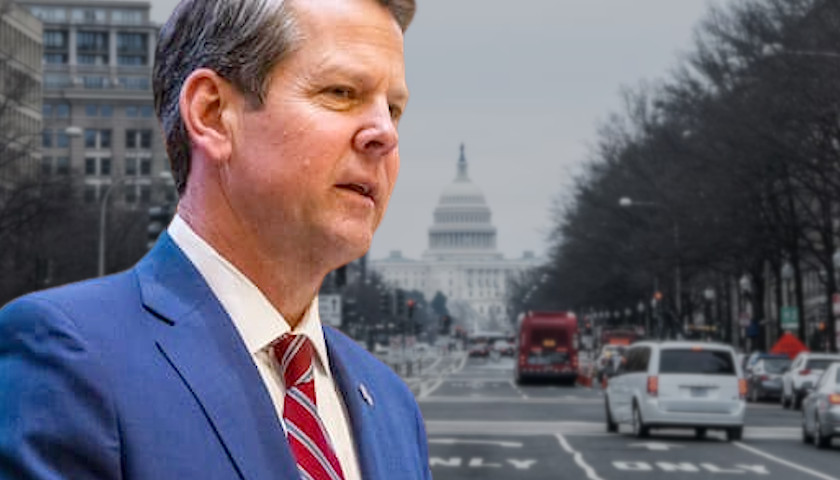 “The Democrats’ solution to a 40-year high inflation is passing another reckless tax and spending spree to the tune of $74 billion, affecting Americans in every tax bracket,” the Republican gubernatorial coalition said in a statement Thursday. 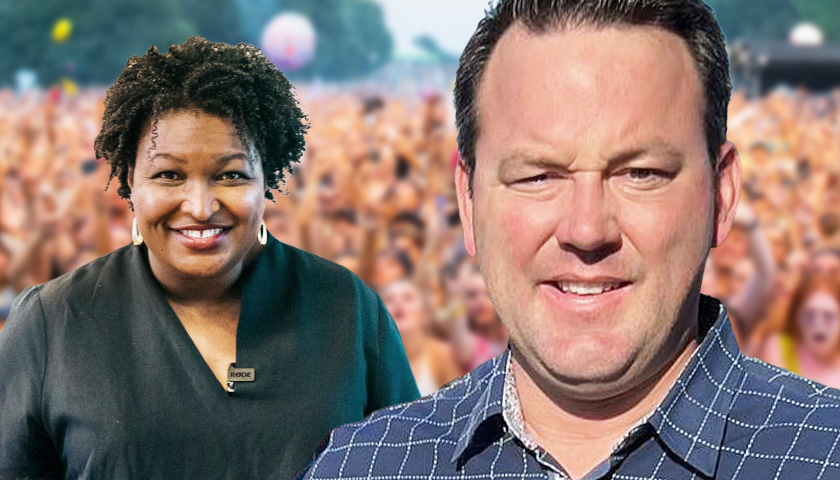 Burt Jones, Republican nominee for lieutenant governor of Georgia, took exception to the assertion by Stacey Abrams that Governor Kemp is more concerned with “protecting dangerous people” than the economy of the state by affirming the right for Peach State citizens to bear arms with the signing of the constitutional carry law.

“Music Midtown is the new All Star Game. It’s still illegal for criminals to carry guns, and Georgia continues to see record voter turnout. Notice a trend? Her name is Stacey Abrams–and she’s still being dishonest with Georgia voters,” Jones tweeted on Tuesday. 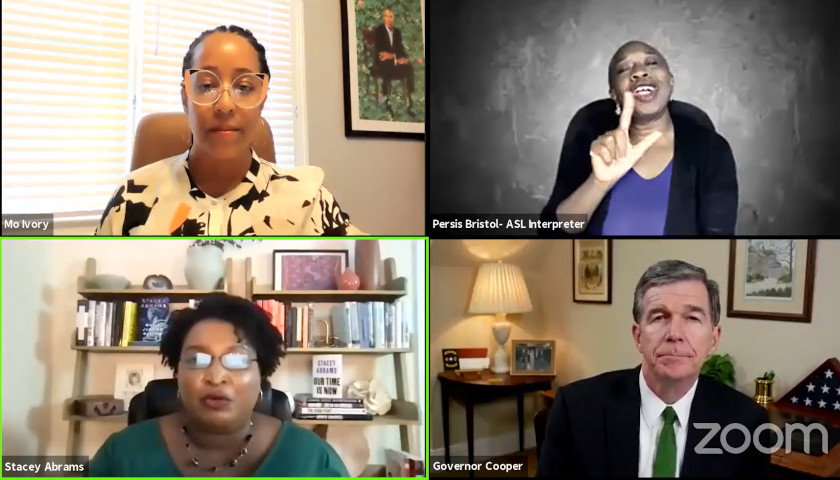 Former Georgia gubernatorial candidate Stacey Abrams and others said at a Thursday night town hall that Republicans nationwide are passing voter integrity bills to prevent black people from voting. During this virtual town hall, Abrams told audience members to pressure the U.S. Senate to pass the For the People Act. Some people also refer to the bill as H.R. 1. The For the People Act, if enacted into law, would nationalize federal elections. The proposed law would require that states automatically register residents to vote and also require absentee ballot drop boxes. The For the People Act would also eliminate state restrictions on mail-in voting, require same-day voter registration, and gut state voter identification laws. 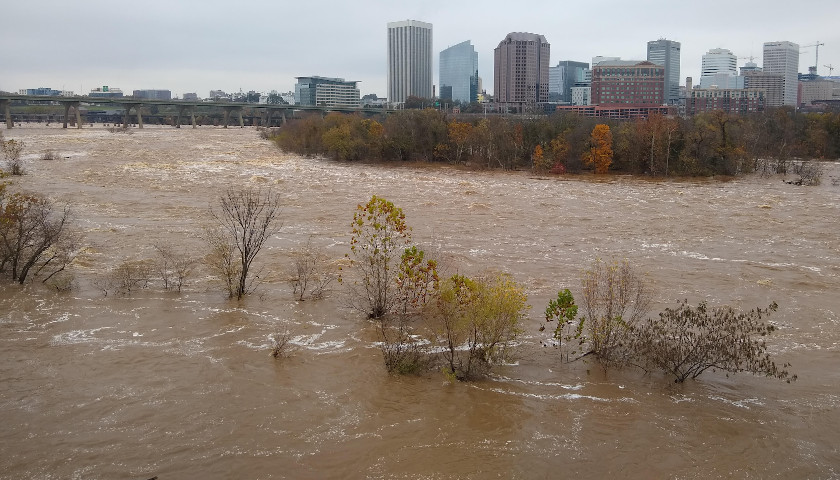 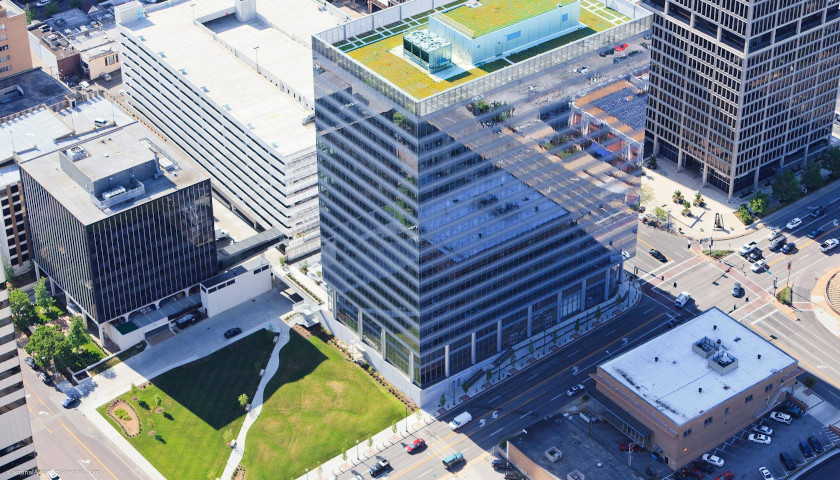 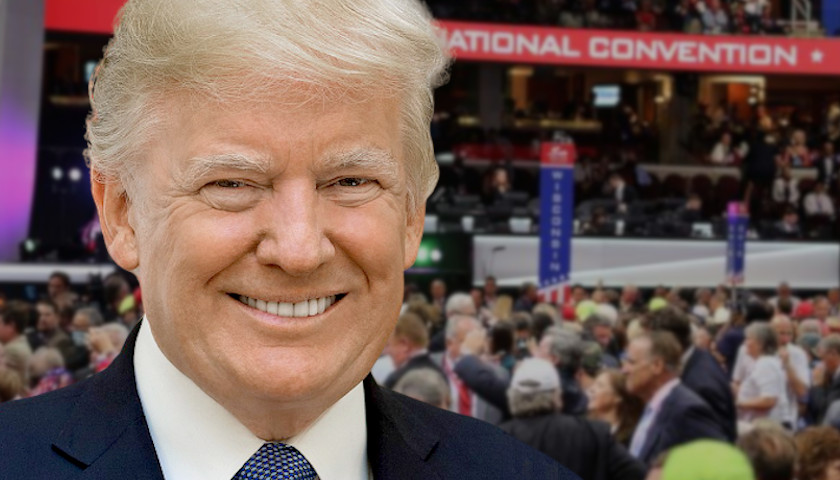 In a series of tweets, President Donald Trump said the Republican National Convention will look at states other than North Carolina to host August’s event, blaming Democratic Gov. Roy Cooper.

Cooper and North Carolina officials had been going back and forth with Republican officials over safety concerns regarding hosting a convention during the coronavirus pandemic. 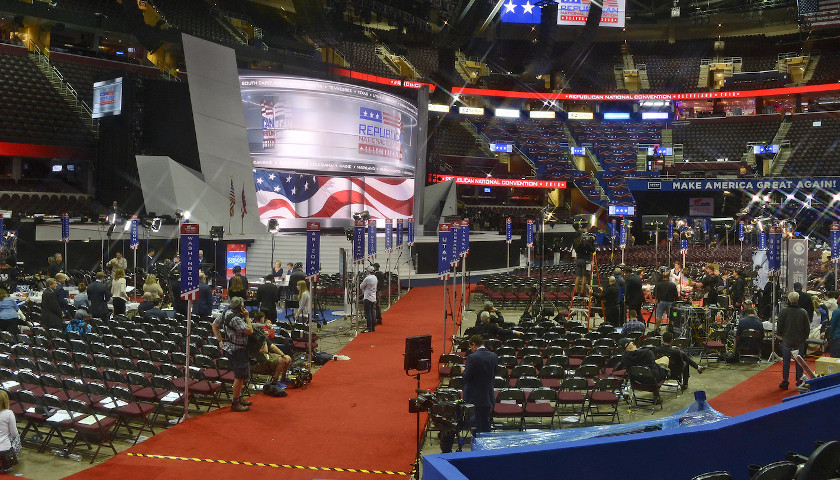 The Tennessee House passed a resolution Thursday inviting the Republican National Committee to host its August convention in Nashville.

The resolution was passed after President Donald Trump announced earlier this week that he would be pulling the convention from Charlotte, North Carolina, whose Democratic governor refused to guarantee a full-scale convention amid the coronavirus pandemic. 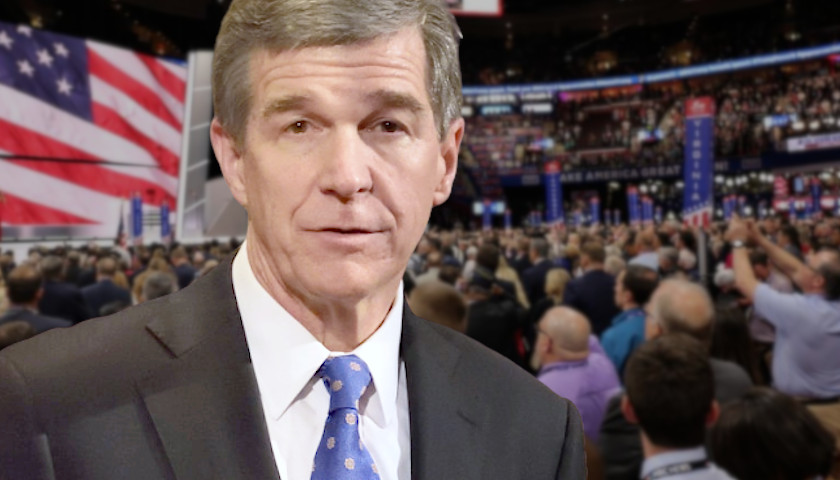 In a letter addressed to the Republican National Committee (RNC), Cooper cited his concerns about the coronavirus pandemic. 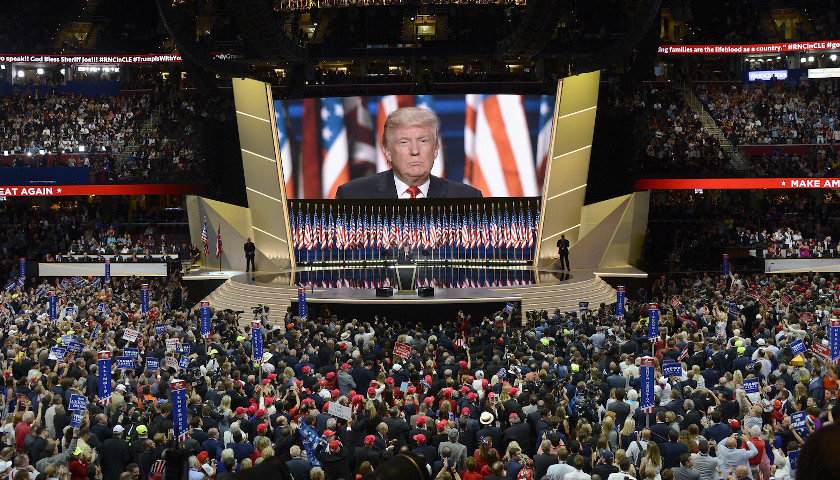 Gov. Bill Lee confirmed Tuesday afternoon that GOP leaders are considering Nashville as an alternative site for August’s Republican National Convention just hours before President Donald Trump announced that he will be pulling the convention from North Carolina.

Lee’s office told WTVF that officials with the Republican National Committee will be visiting Nashville Thursday to tour the city. 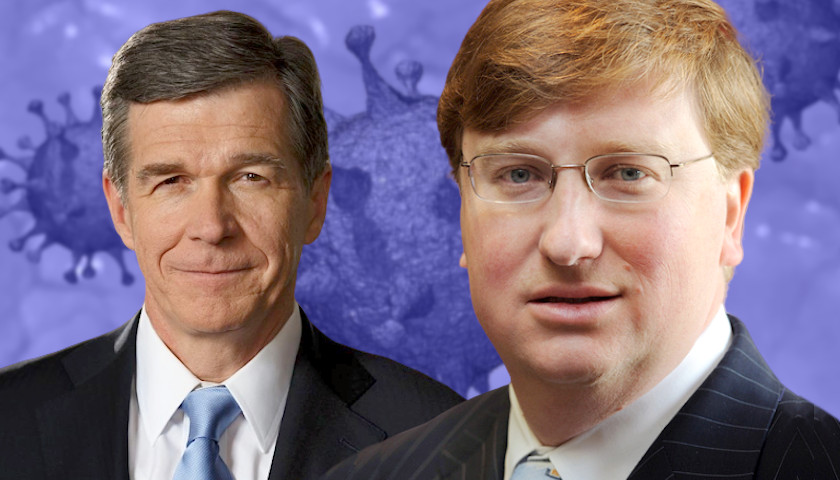 In North Carolina, Gov. Roy Cooper has adopted the policy premise that anything done in the name of safety from the coronavirus trumps all other interests, including economic, religious, or other health considerations. Despite comparatively low numbers in the Tar Heel state, the ninth most populous state in the United States, and with no evidence of the healthcare system being overwhelmed, North Carolina has been in full lockdown for over a month. 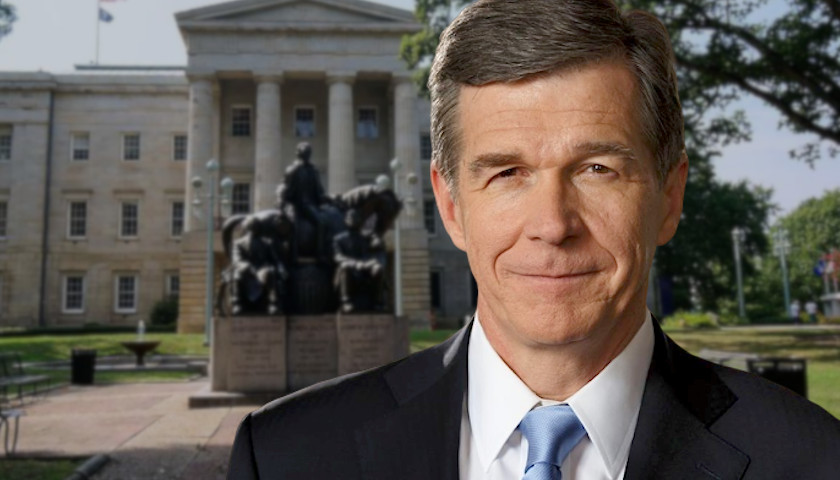 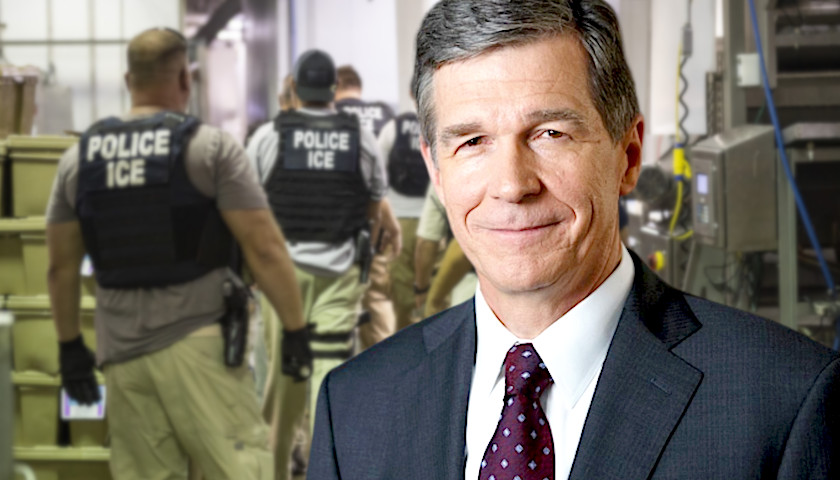 Democratic North Carolina Gov. Roy Cooper vetoed a bill that would have mandated local law enforcement officials in the state to cooperate with Immigration and Customs Enforcement (ICE). 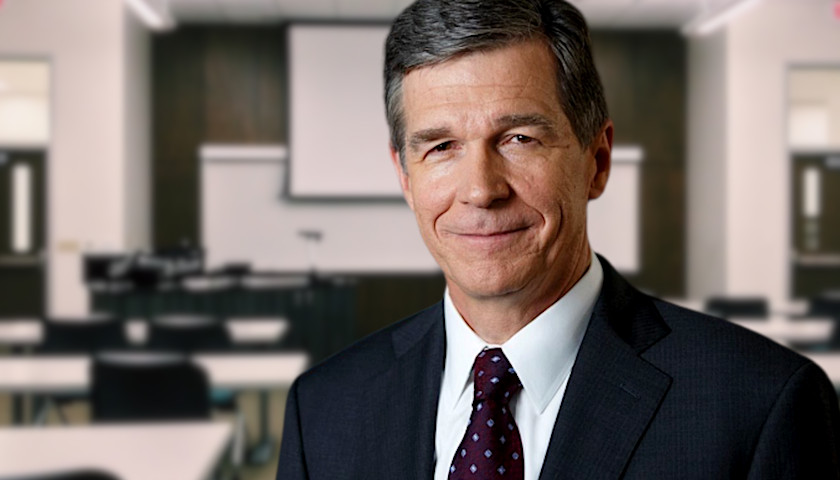 by Joshua Nelson   A billboard campaign in North Carolina is taking aim at Democratic Gov. Roy Cooper after his announcement proposing freezing a scholarship program that has benefited minority students—more than 30 percent of which are African-American. The billboard says the governor is “failing when it comes to helping… 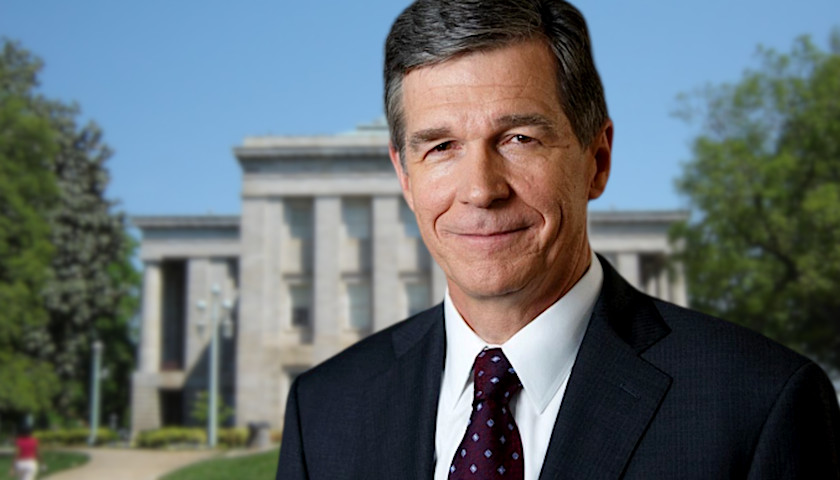 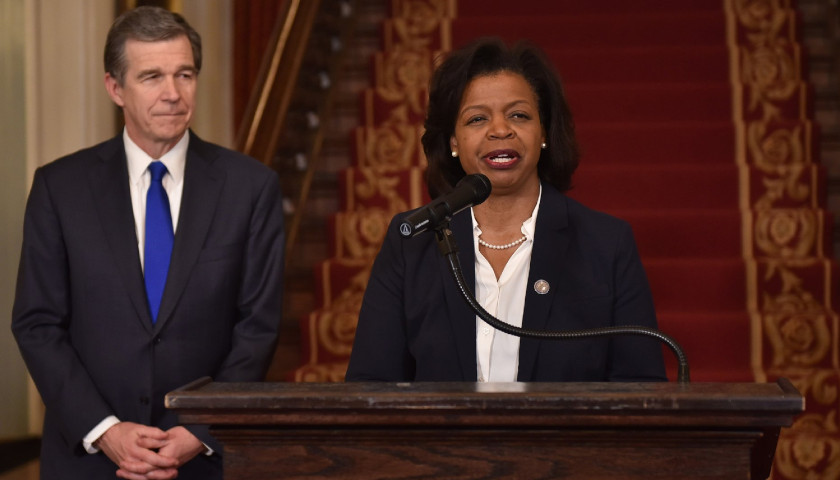 North Carolina’s Democratic Governor Roy Cooper has bucked the tradition of elevating the next most experienced associate justice to be the interim Chief Justice of the state’s Supreme Court in favor of a black female associate justice from his own party. Cooper announced on Tuesday that he has chosen to… 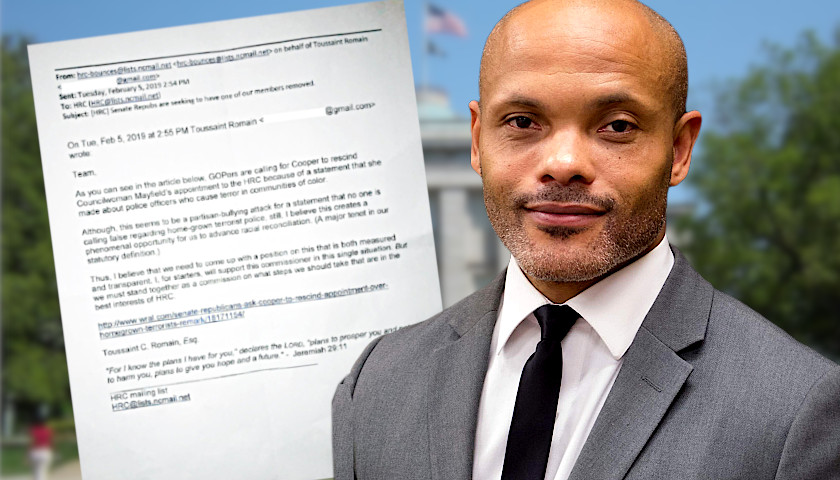 Charlotte City Councilwoman LaWana Mayfield, who called police “home-grown terrorists,” was notified by Governor Cooper’s office on Wednesday that she is off the North Carolina’s Human Relations Commission (HRC). A short letter was sent to Mayfield from William McKinney, Cooper’s Chief Legal Counsel informing the councilwoman that her appointment was rescinded… 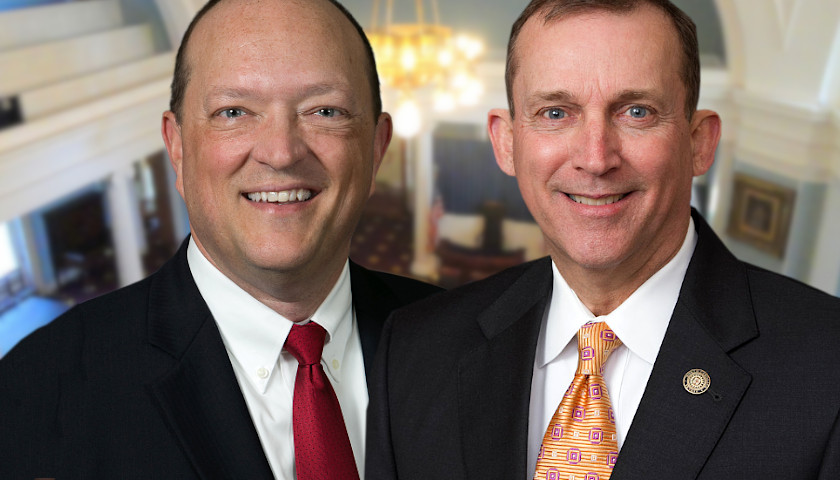 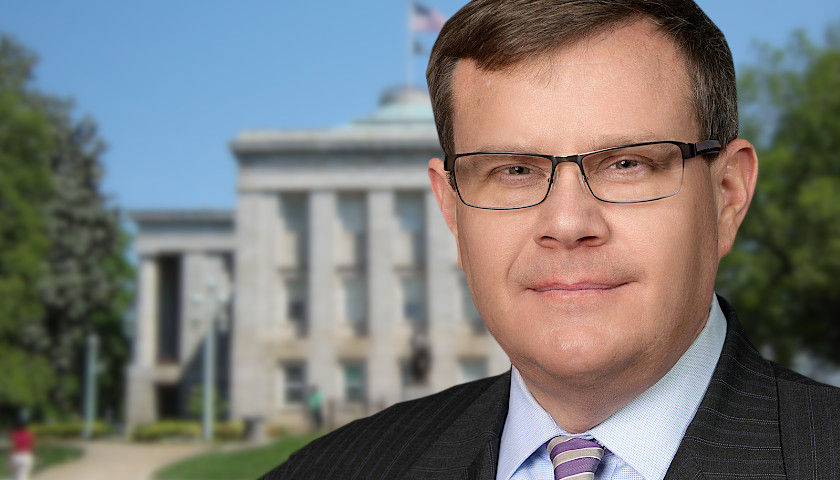 North Carolina has posted a revenue surplus of $188 million, according to a new state economic report, making it the sixth such surplus in a row. The report, produced by the North Carolina Fiscal Research Division, says that “the economy is stronger now than it was a year ago,” and… 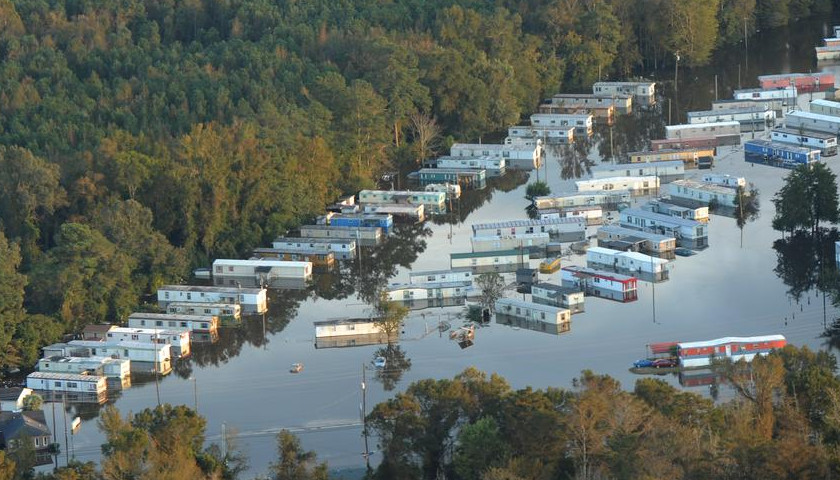 North Carolina’s ongoing hurricane relief and recovery efforts are being hindered by an apparent contract issue involving the North Carolina Emergency Management System and a company contracted to do the work. WBTV reported: A seven-figure contract to help repair homes damaged by Hurricane Florence was cancelled in late December, a… 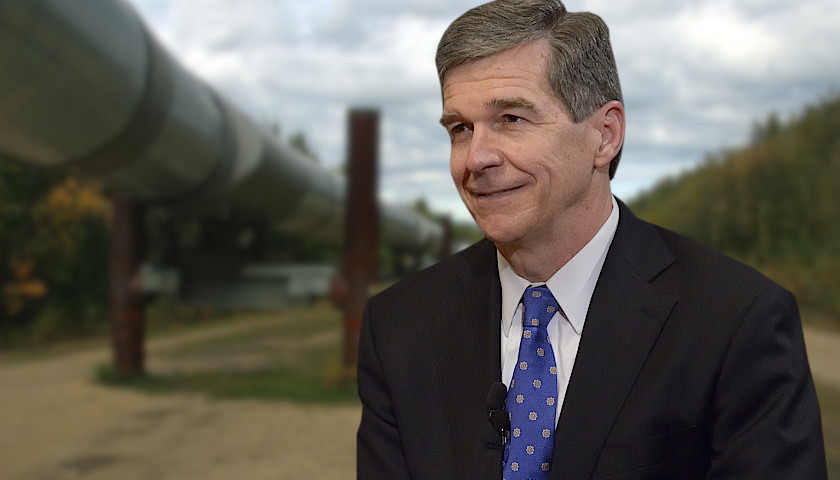 Questions persist about the $58.7 million dollar fund tied to the Atlantic Coast pipeline permit process and the North Carolina Governor’s office. Over a year has passed since the fund’s existence was made public. Questions from lawmakers and the media have gone largely unanswered by North Carolina’s Democratic Governor Roy…