When Winston Churchill mouthed these eternal words, his nation’s life expectancy was about six months.

All of Western Civilization, all of Christiandom, seemed doomed.

One defiant man ended a speech to his House of Commons with this:

I have, myself, full confidence that if all do their duty, if nothing is neglected, and if the best arrangements are made, as they are being made, we shall prove ourselves once again able to defend our Island home, to ride out the storm of war, and to outlive the menace of tyranny, if necessary for years, if necessary alone. At any rate, that is what we are going to try to do. That is the resolve of His Majesty’s Government-every man of them. That is the will of Parliament and the nation. The British Empire and the French Republic, linked together in their cause and in their need, will defend to the death their native soil, aiding each other like good comrades to the utmost of their strength. Even though large tracts of Europe and many old and famous States have fallen or may fall into the grip of the Gestapo and all the odious apparatus of Nazi rule, we shall not flag or fail. We shall go on to the end, we shall fight in France, we shall fight on the seas and oceans, we shall fight with growing confidence and growing strength in the air, we shall defend our Island, whatever the cost may be, we shall fight on the beaches, we shall fight on the landing grounds, we shall fight in the fields and in the streets, we shall fight in the hills; we shall never surrender, and even if, which I do not for a moment believe, this Island or a large part of it were subjugated and starving, then our Empire beyond the seas, armed and guarded by the British Fleet, would carry on the struggle, until, in God’s good time, the New World, with all its power and might, steps forth to the rescue and the liberation of the old.

Where is Churchill’s defiance today?

Can you imagine Paul Ryan mouthing words even close to those of Winston Churchill’s? Ryan speaks in buzzwords and beltway slogans. Could Paul Ryan, with a gun to his head, ever sound like Churchill? 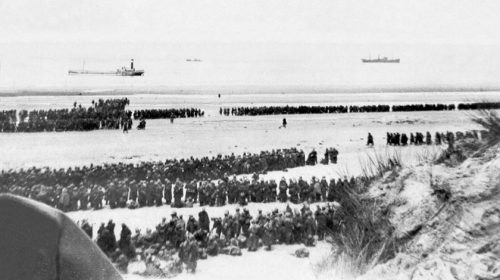 The movie Dunkirk emphasizes the hundreds of British fishermen, tour boat captains, and recreational sailors who sailed into Nazi bombs in order to rescue their fellow Brits and beleaguered Frenchmen.

Would American Millennials risk their boats, much less their lives, to save strangers? (Except for the ones like my kids who are in harm’s way today.)

Bring a Millennial to see Dunkirk this week. Buy their ticket. Remind them that this really happened.

Freedom is worth fighting for. Liberty is worth dying for. Leisure kills. Effort saves. Devotion merits. Sloth degrades.

Listen to Churchill’s speeches after Dunkirk. I have linked them below.

What’s at stake now is not America. It’s civilization itself. 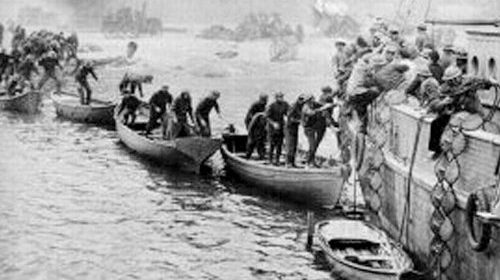 Donald Trump is not a threat to that civilization. Those who would destroy him are the threat.

The rule of law, free association, religious liberty, freedom of speech, freedom of the press, the right to a fair trial. These are all at stake. Do these things no longer matter?

I will leave you with these words. Not my words. The words of the man who stood between civilization and Hitler in 1940:

Let us therefore brace ourselves to our duties, and so bear ourselves that, if the British Empire and its Commonwealth last for a thousand years, men will still say, “This was their finest hour.”

1940 was certainly Britain’s finest hour. Let this be ours.

Bill Hennessy called for the first St. Louis Tea Party on February 21, 2009. He has been active ever since. Bill has written 5 books, the latest, Turning On Trump, is the moving story of his conversion from anti-Trump to staunch Trump supporter. Read more of Bill’s commentary at Hennessy’s View.