Trump issued the trio of orders on May 25. Among other provisions, the directives restrict the amount of time federal workers may spend on official union duties, reduce performance-improvement periods for ineffective employees and narrow the range of issues that agencies and unions negotiate over when setting contracts.

A coalition of labor unions challenged 20 different provisions in the directives, arguing that they violated the Constitution and the FSLMRS, a 1978 law securing collective bargaining rights for federal employees. 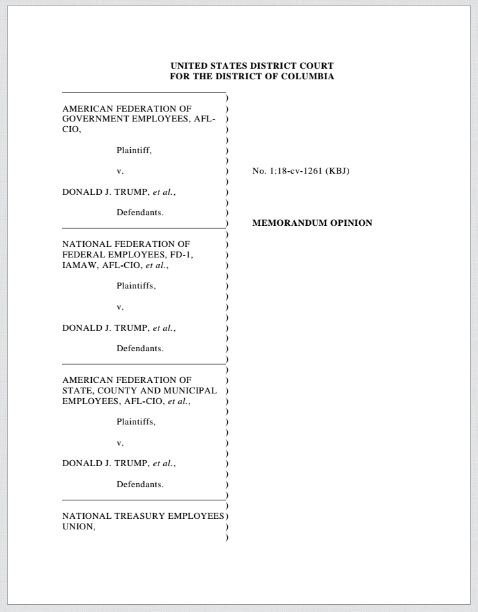 Jackson concluded that the president’s orders exceeded his authority as they effectively “eviscerate the right to bargain collectively as envisioned in the FSLMRS.”

The judge also rejected administration arguments that the orders were merely guidance that do not formally conflict with the FSLMRS.

“[S]uch directives can violate the duty to bargain in good faith that the FSLMRS prescribes,” she wrote.

American Federation of Government Employees President J. David Cox said in a statement that he was “heartened” by the decision.

“President Trump’s illegal action was a direct assault on the legal rights and protections that Congress specifically guaranteed to the public-sector employees across this country who keep our federal government running every single day,” Cox said.

The White House has not yet addressed Jackson’s ruling.

The decision can be appealed to the U.S. Court of Appeals for the D.C. Circuit.