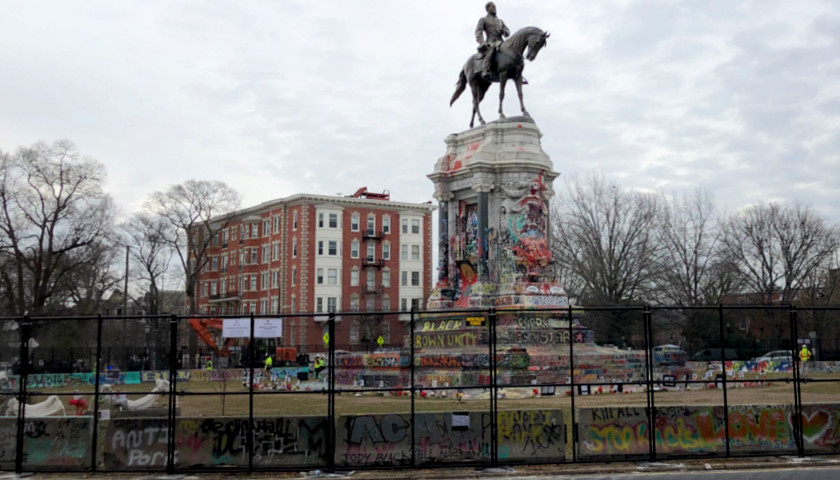 DGS also said that any personal items that had been left on the grounds were removed, but the memorials will stay in place until it is time for the statue to be removed.

As the crew of workers completed the job, some local residents gathered to see what was happening.

Many onlookers told The Virginia Star that they did not even know why the fencing was being put up in the first place. When told it was to prepare for removal, several people said they were happy with it.

“It was such a powerful statement to see the statues come down over the summer,” local Chris Foote said. “And now just to see this last one still standing here, to see it come down would be a really really monumental moment.”

The move by DGS comes as the legal battle over the statue’s removal between Governor Ralph Northam and a group of residents that live near the monument, which began this summer, is still unfolding and there is no clear timeline as to when the matter will finally be resolved.

In October, Richmond Circuit Judge W. Reilly Marchant sided with Northam after finding the Lee statue was raised as a backdrop of the Confederacy and keeping the monument up would go against contemporary public policy as set by state legislators.

But, just days later, Marchant clarified his ruling to keep in place an injunction that was originally set over the summer, which barred the state from removing the statue, until the group of residents had a proper appeals process.

On Monday, an attorney representing the residents filed a petition for appeal with the Supreme Court of Virginia, arguing that there were numerous errors with Marchant’s ruling.

The attorney, Patrick McSweeney, told The Star through email that he had no idea what the timing would be if the state Supreme Court accepts the appeal.

Attorney General Mark Herring, who is representing the governor and the state in the case, has asked the court to expedite the proceedings if they take up the appeal, according to an emailed statement from his office on Monday. 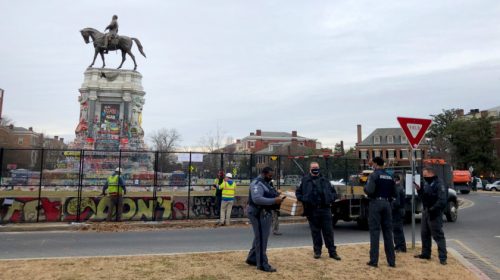 “Attorney General Herring remains committed to taking this divisive relic to Virginia’s racist past down as quickly as possible, so that the community can begin to heal and reclaim a space that has stood as a symbol of oppression for too long,” the statement said.

Even with Herring’s request, there is no timetable for when the court will accept or deny the appeal petition, or how long those proceedings will last if the appeal is taken up, meaning the fencing around the monument could last for many weeks.

Located at the start of Monument Avenue in Richmond’s Fan District, the Lee statue and its grassy circle has become a gathering spot for the local community and activists ever since protests erupted in the city this past summer over social inequity and police brutality, resulting in the area’s transformation and the statue being covered in graffiti.