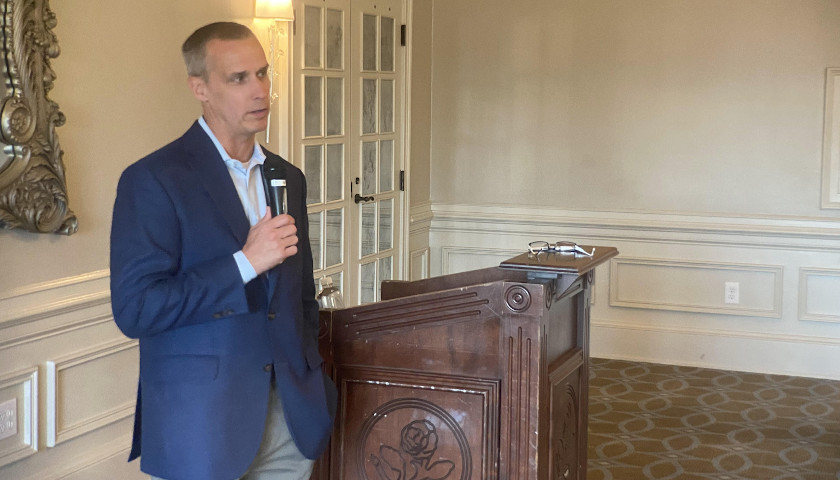 “Some of you have maybe had the chance to speak to President Trump since he’s left office. Maybe you have seen some of the messages he’s put out or seen some of the interviews. I can tell you that President Trump is in an unbelievably good and upbeat mood. When I spend time with him, I have the amazing privilege to call on my friend and I’ll call him on the phone or I’ll have dinner with him. I think it will be a 90-minute dinner. Four hours later, we’re still eating ice cream sundaes. He has just been happy. He’s happy,” Lewandowski said.

“I think he’s disappointed in the way that the new administration has begun to unravel all of the America First policies that he has put in place and fought for, whether that was tougher action against China, which now Joe Biden is backing away from or opening the border, or so many other things that we fought for. And I think the president is also disappointed in the media coverage that we’ve seen him get compared to Joe Biden.”

Lewandowski went on to tell the launch party that, of course, establishment media types “are not on our side,” but he said the media’s antagonism goes beyond that.

“They think that you didn’t build it, if you remember what Barack Obama said. They don’t recognize the sacrifices and the days that you missed away from your family so you can build something and turn it over to the next generation.”