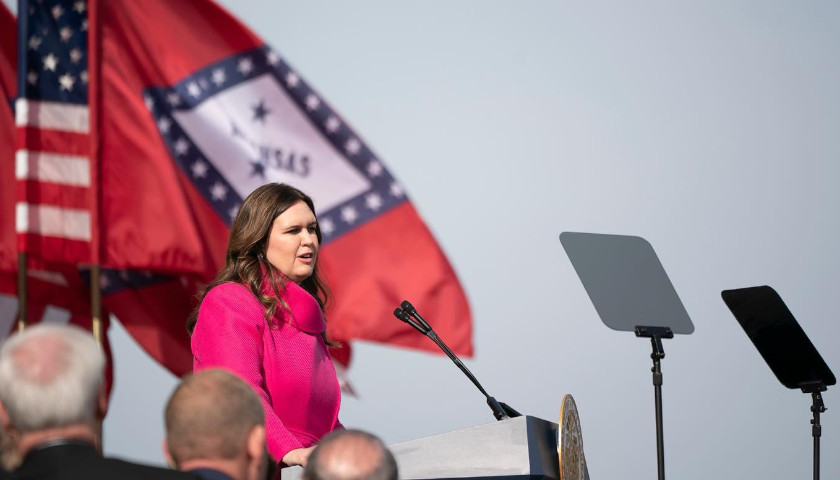 Newly sworn-in Arkansas Governor Sarah Huckabee Sanders (R) began her term of office by signing seven executive orders, including one that bans Critical Race Theory (CRT) and another that prohibits government use of the woke term “Latinx.”

In her inaugural address, Sanders announced education reform would be “the hallmark of my administration,” and that one of her immediate executive orders would be “preventing the political indoctrination of Arkansas’s schoolchildren.”