It was announced by Fulton County Schools (FCS) during a public event on April 17 that Looney was the single finalist for the position of Superintendent after conducting a national search. With that announcement, FCS began promoting Looney with a document called a “fact sheet,” highlighting his leadership experience, results in teaching and learning and providing links to background articles.

The FCS district, as Georgia’s fourth largest, has more than 95,000 students, 7,500 teachers, 105 schools and more than 14,000 employees, according to the district’s website. Fulton County encompasses Atlanta, however, Atlanta maintains a separate school system which physically bisects the FCS district.

Coming from Williamson County Schools (WCS) that is less than half the size of FCS with 40,000 students and 48 schools, the move will be a big one for Looney and will put an end to the most recent controversy surrounding the WCS 10-year Superintendent.

On March 6, The Tennessee Star broke the story that Williamson County Schools indoctrinated teachers on how to teach students about “white privilege” with a series of in-service training videos.

Looney took full responsibility for developing the “white privilege” video, which was met with public outcry including a petition opposing the training.

The development of the “white privilege” video series was hidden from the WCS school board by Looney. 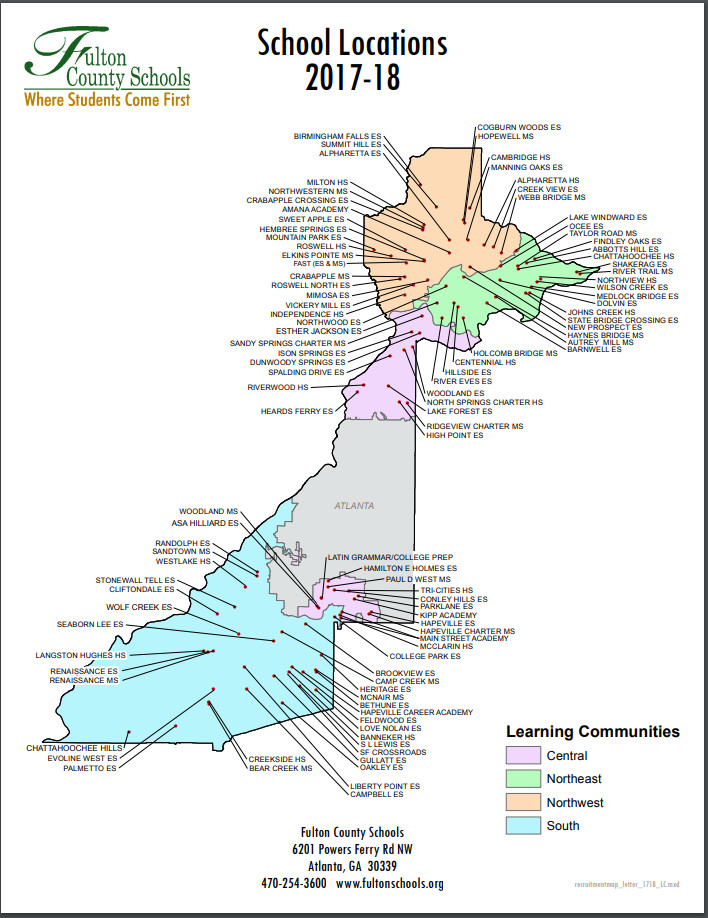 Further, the WCS board and public were misinformed by Looney’s Director of Teaching, Learning and Assessment about the training which violated State law for the submission of an in-service training plan and violated State Board of Education guidelines that professional learning be aligned with student curriculum standards.

The FCS dedicated a tab in the board section of its website to the “Superintendent Search Update,” which dates back to January 2019 that identified hiring a new Superintendent would be a top priority for the year.

The selection process allowed opportunities for completing a public survey, emailing the board and attending public meetings as to the characteristics and experiences candidates for Superintendent should have to best suit the district.

Once a Superintendent finalist is announced, Georgia law prescribes that a school board allow a minimum 14 days for public input.

During that 14-day period after Looney was introduced as the final candidate for FCS Superintendent, a “packed three-day schedule across the district” was arranged that included five meet and greet events at district high schools.

The FCS board making the announcement May 2 about the final selection of Looney for the Superintendent position was as early as allowed by Georgia law.

Before coming to WCS, Looney earned his degrees in Alabama served as the Superintendent of the Butler County School District in Alabama for four years. Prior to that, he served as Assistant Superintendent for Curriculum and Instruction in Montgomery Public Schools.

President of the FCS School Board, Linda Bryant, said during the special-called board meeting that had a singular action on the agenda which was to select the Superintendent, that she is from Alabama. As such, she knows a lot about the districts Looney has been in and she had spoken to a person from the state who knew Dr. Looney.

Following the motion to select Dr. Looney that carried unanimously, he was offered an opportunity to say a few words.

After expressing his appreciation, Looney said that there are amazing things already happening in the district. He commended the school board for being focused and committed to the hard work ahead.

Looney assured that he will “bring laser focus to student learning like we haven’t seen in recent times.”

Concluding, Looney added, “I look forward to joining the team and learning from you. Thank you.”

Following the meeting, a reception was held to recognize Dr. Looney.

According to Williamson Source, Looney will begin his new position with Fulton County Schools on June 17, 2019.

Laura Baigert is a senior reporter at The Tennessee Star.
Photo “Mike Looney” by Mike Looney.