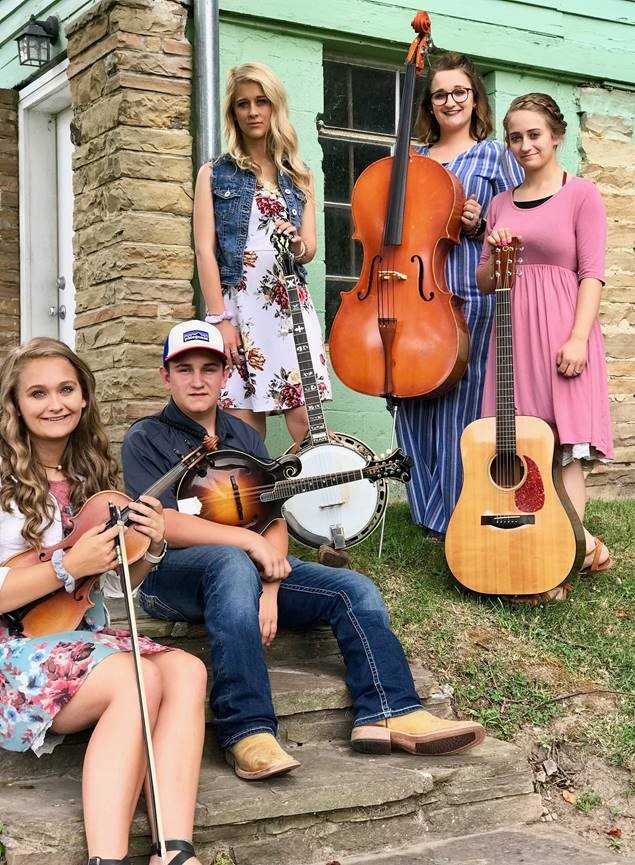 Nashville, TN — I was privileged to have the Grandview Pickers, a family Bluegrass band, come to my office this past weekend.  The Grandview Pickers are comprised of five siblings – Hannah 19, Rebekah 17, Mary 16, Lydia 14, and Elijah (Bubba) 12.  Their home is in Grandview, Tennessee, a small mountain community in Cumberland County between Nashville and Knoxville.  The parents of these remarkable teenagers are Doug and Jackie Grant.

Although Rebekah learned to play the guitar and piano, it was not until Mary picked up the banjo that spurred them all to learn an instrument and become a family band.  Mary recounts that when she attended her first Bluegrass festival, “A man gave me a banjo.  I didn’t know how to play it, but they told me if I had a group together that I could play the stage. So I got all them (brother and sisters) together and I told them, ‘we’ve got to get busy, we’ve got to get this done.’ We practice every day. I had only been playing a year and we decided to get serious with this. We just kind of went from there.”  Mary was the only sibling who had formal lessons. Their dad is a guitar player and he helped them get started along with a few family friends.

I wanted to know what music each of the kids listened to currently. Bubba stated that he likes Alan Jackson and Merle Haggard and Doyle Austin of Quicksilver. The oldest sibling, Hannah, said she liked Chris Stapleton, Steeldrivers, and Tyler Childers. Fourteen-year-old Lydia admitted she listened to Miranda Lambert and Flatt Lonesome (which partly explains where she gets her strong bluegrass vocal inspiration from). The bluegrass queen, Mary, says she listens to Darrell Webb (with whom they are currently collaborating) and Amanda Cook. “I stay more to bluegrass than any of them,” she explains. The quietest sibling, Becka, states she is the polar opposite of her family listening to Michael Buble and Frank Sinatra.

I asked them if they were familiar with Ricky Skaggs and the Kentucky Thunder.  Mary piped up, “Of course, Me and Russ [Kentucky Thunder banjo player, Russ Carson] are friends.”

Like so many in the country/bluegrass genre, the family band got their start singing in church where they are very active. You can see/hear their bluegrass/gospel versions of “Are You Praying Hard?” And “Amazing Grace” on YouTube.

In their short two+ years playing together, The Grandview Pickers have played events and festivals all over the southeast including Dollywood’s Back Porch Theater Stage.  They played several shows over multiple days. People attended from all over the world. Hannah stated, “At one show the whole underneath part of the canopy was completely full and the people were sitting all outside as far as you could see listening to our show.” That was one of the biggest highlights from this past year. They have also played the Nine Mile Bluegrass Festival and the Cambridge Square Night Market in Chattanooga.

Mary, who is the unofficial leader of the group, said when she first started out, “It was summer and it would be nothing for me to practice like eight hours a day.” Although they currently cover several Bluegrass favorites like “Kentucky Borderline” and “Rocky Top,” Mary has begun writing her own music and in the future, she wants to include her own songs in the shows.

The Grandview Pickers just recorded three songs with Darrell Webb and very soon, they hope to be played on Spotify. They have just completed their first CD, “Grandview Pickers”, which has been very well received. They are not sure if being a family band forever is all of their life’s goals, but like most bluegrass/country bands, their biggest dream is to play the Opry.