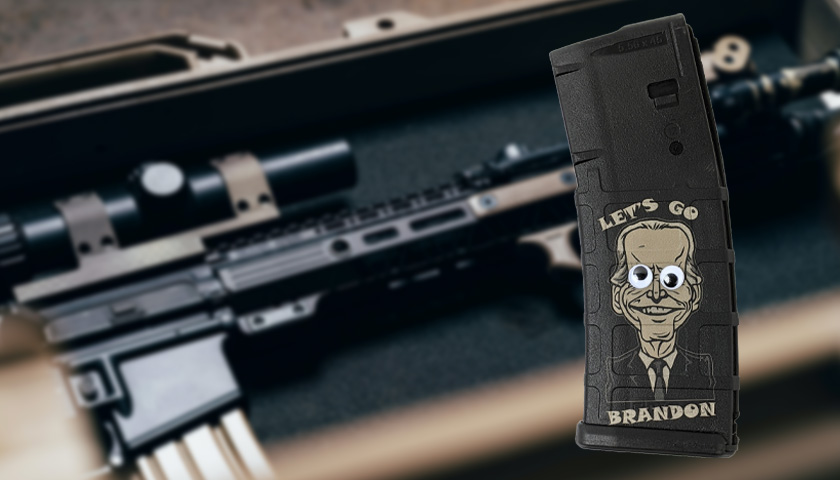 An NBC reporter said Monday that he has contacted the Secret Service about a gun dealer’s anti-Biden weapons parts. As Joe Biden sinks in the polls, multiple gun dealers appear to be capitalizing on his unpopularity to sell weapons parts and ammunition.

The dealers, according to NBC News’s “Fusion” Ken Dilanian, are “using a right-wing slogan widely understood as code for profanity” to mock Biden, and sell gun supplies.

That slogan—”Let’s Go Brandon”—”isn’t actually about supporting a guy named Brandon,” NPR explained in a hard-hitting investigative report this past weekend. The publicly-funded radio organization spilled the beans on what the phrase actually means: “it’s a euphemism that many people in conservative circles are using in place of saying, ‘F*** Joe Biden.’”