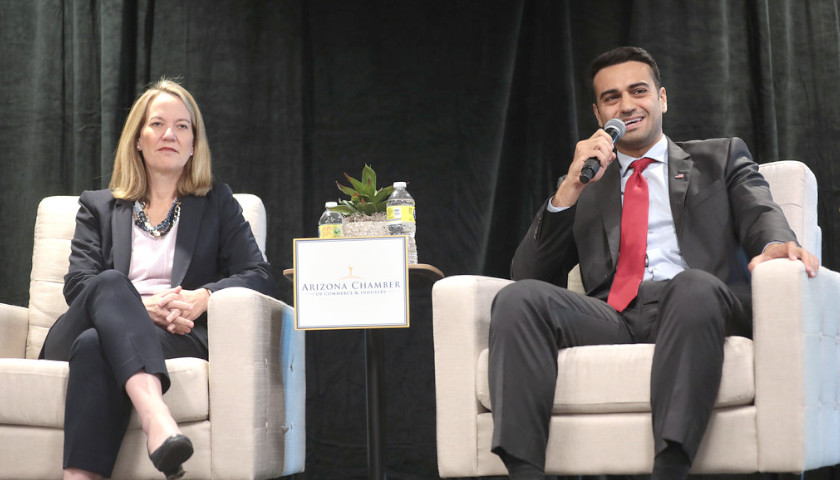 The first debate between Trump-endorsed Republican Abraham Hamadeh and Democratic candidate Kris Mayes for Arizona Attorney General (AGO) took place Wednesday evening on Arizona PBS, sponsored by the Clean Elections Commission. The two candidates sparred for much of time over whether the other was qualified for the position. The moderators’ questions focused primarily on the candidates’ willingness to prosecute abortion laws and voter fraud from the 2020 presidential election, where there were stark differences.

In Mayes’ opening statement, she touted her seven and a half years serving on the Arizona Corporation Commission, and said she’d been a member of the Arizona State Bar for 15 years. She claimed she had experience prosecuting consumer fraud, and pledge to protect reproductive rights and democracy if elected.