During his presentations of a bill that would enter the state of Mississippi into an interstate compact with Arkansas and Tennessee, the state Senate sponsor completely omitted that, if passed, the law would create an unelected quasi-governmental entity with very broad powers, including eminent domain. The bill went on to pass the state Senate unanimously on February 3.

The district will include the seven non-contiguous Tennessee counties of Shelby, Fayette and Tipton; Arkansas counties of Crittenden, Craighead and Mississippi; and the Mississippi county of DeSoto. 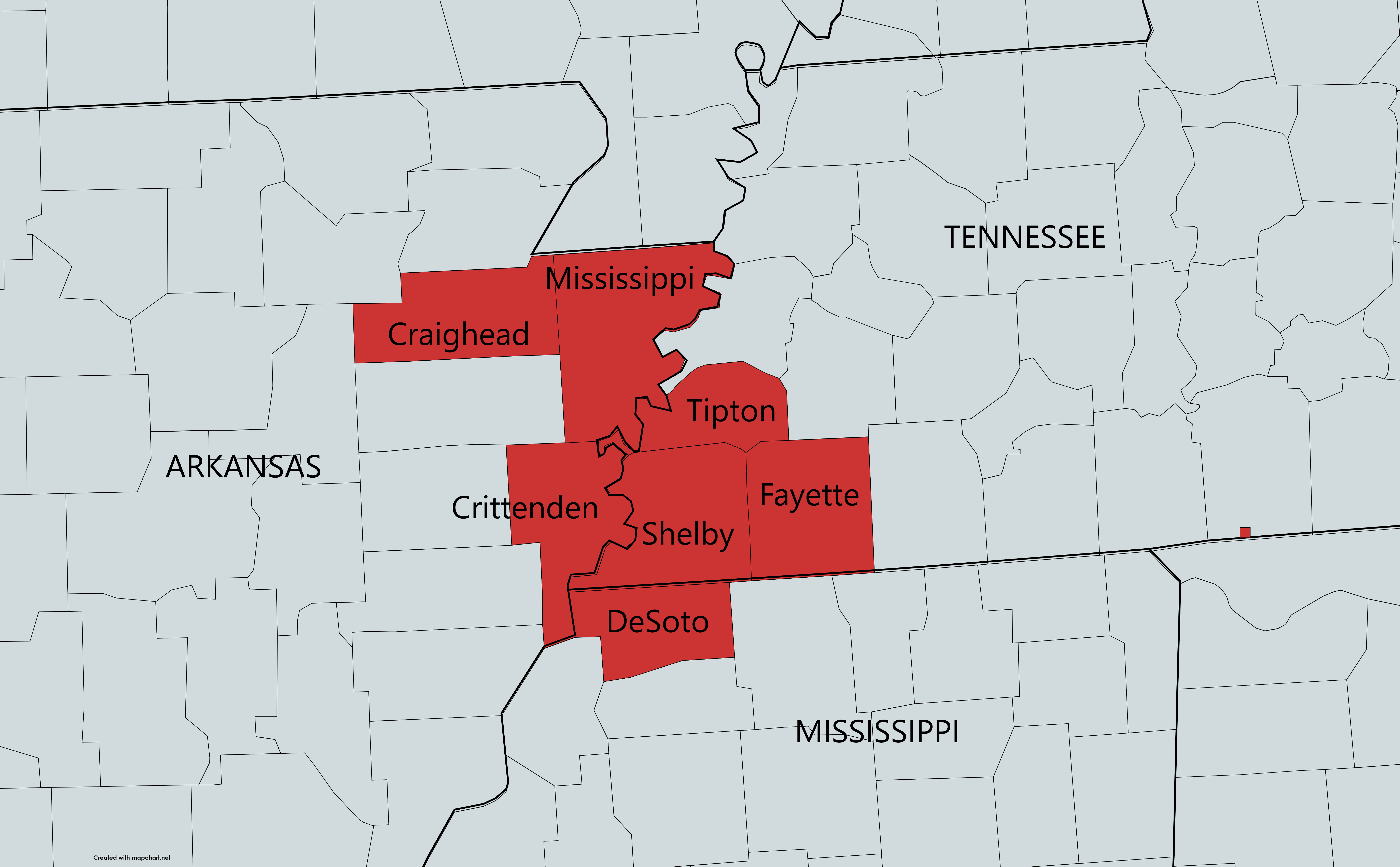 RegionSmart Development shall be governed by a 15-member unelected commission that resides in the district, and consist of five members from each state appointed by the mayors of the respective cities or counties within the district who will serve staggered three-year terms.

Other than an introductory paragraph in the Mississippi version, the legislation mirrors that of a bill that was taken up in a Tennessee House subcommittee earlier this month, The Tennessee Star reported.

The purported purpose in establishing the District and Development Agency is to improve the quality of life, promote economic development, stimulate economic growth, minimize unemployment and promote the general welfare for the benefit of the citizens of Arkansas, Mississippi and Tennessee, according to the bill.

What was left out of the presentations by both the Tennessee and Mississippi sponsors of their respective bills is that the commission will operate virtually autonomously and have very broad powers that include, but are not limited to:

– employment of individuals in capacities appropriate to fulfilling the mission, including a president or other executive officer

– the disposal or acquisition, planning, construction, operation and maintenance of roads, airports, wharves, docks, harbors and industrial parks adjacent to and necessary and convenient to critical infrastructure and disposal of refuse or waste

– eminent domain and condemnation over any and all rights or property, of any kind or character

The commission would be required to:

– be subject to conflicts-of-interest policies

– adopt bylaws as well as policies related to open records, employment and procurement

The legislation literally recognizes that with the compact, the states are creating a “quasi-governmental and public entity.”

And, while the legislation directs that “RegionSmart Development be conducted in a transparent and inclusive manner,” and that the commissioners “shall adopt … an open-records or ‘sunshine’ policy,” there are concerns that the records would not be subject to Tennessee’s public records or open meeting laws.

This, according to a post by Tennessee Coalition for Open Government’s Executive Director Deborah Fisher, who consulted with Lee Pope, the Open Records Counsel for the state of Tennessee.

Parker, who chairs the Economic and Workforce Development Committee, where the bill also passed unanimously, gave much the same presentation on his proposed legislation there on January 26 as he did on the Senate floor about a week later.

Parker, who represents DeSoto, the one Mississippi County that would be entered into the compact, told his fellow senators that the federal government has been encouraging collaboration.

“With the passage of the Infrastructure Investment and Jobs Act, there was an advanced congressional consent for interstate compacts involved in advocating for freight corridors and improving mobility of goods that have been impacted by the supply chain. In addition, there was established a new grant fund reserved solely for interstate compact agencies engaged in such purposes.”

On November 15, 2021, the $1.2 trillion the bipartisan Infrastructure Investment and Jobs Act became law.

The Bipartisan Policy Center, which compiled a table of major competitive grants included in the law to explain the grants, indicates that $25 million is available from USDOT to states with existing or intended multi-state compacts for the purposes of multi-state freight corridor planning. The federal share is 50 percent for existing compacts and goes up to 75 percent for new compacts. The funding is subject to annual appropriations of $2 million for new compacts.

Parker went on to invoke the nation’s founding documents to justify his legislation, citing the constitutional provision on the powers prohibited by the states that Congress is enabled to waive.

“What this bill would do would be create an interstate compact pursuant to Article 1, Section 10 of the U.S. Constitution for the first time and allow the entire region to work as a regional organization to pursue economic development opportunities and projects,” Parker said.

“In that area – the mid-south region – we have the largest cargo airport in the entire world in Memphis. We have a great logistical kind of crossroads including major interstates, railways and, of course, we have the river there, too. And what this would do is it would allow this unified group to seize on some opportunities in this manner.”

Parker mentioned the closure of the I-40 bridge over the Mississippi for about three months during the middle of 2021 due to cracks, impacting commerce and the supply chain.

During his presentation of the bill to his committee, Parker said that the event drove the area mayors to make a concerted effort to try to find a way to work together to improve the infrastructure and just how things flow through. As such, “They had some really exciting potential plans they would like to consider,” said Parker.

On the Senate floor, Parker said he got permission over the weekend to say publicly that one of the purposes of the legislation is to pursue the possibility of an additional bridge in the DeSoto County region that would cross the Mississippi River. Parker expressed hopefulness that it “would allow an increase … not just to our county, but more access into the delta and other things that I think would be great for our state.”

Parker told his fellow senators both in committee and on the Senate floor, that the district would not have any power of taxation and that no proposal could be ratified by the commission unless the majority of each state’s delegation voted in favor of the measure. “This essentially gives each state veto power,” Parker said.

What Parker and Tennessee Representative Kevin Vaughan (R-Collierville) obviously left out of their explanation of their respective bills, among a number of other critical aspects previously mentioned, is that the commission does have the power to charge and collect fees, which can be political semantics when excess fees become an additional source of government revenue or when the fees are insufficient to cover the specific projects costs and have to be subsidized with tax dollars.

No action on the legislation is currently scheduled in the Mississippi State House, according to the legislature’s website.

The legislation states that it will go into effect when two of the three states enact the law.

In Arkansas, during even-numbered years the General Assembly convenes only in a fiscal session, which is limited to 30 days, but could be extended one time not to exceed an additional 15 days by a three-fourths vote of the members, according to House documentation.

No upcoming events are currently scheduled for Arkansas’ SCR1, according to the General Assembly website.

In Tennessee, while HB1989 passed out of the House Business & Utilities Subcommittee February 16, action by the full House Commerce Committee has been deferred until March 8. The Senate companion bill, SB1915, was deferred once by the Senate Government Operations Committee, but is scheduled on the calendar for March 2.

Laura Baigert is a senior reporter at The Star News Network, where she covers stories for The Tennessee Star and The Georgia Star News.